Dinosaurs of the Deep: Expedition Flag #127 with Alec Shumate 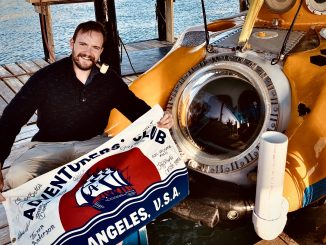 In July of 2021, Alec Shumate #1210 joined a team of Explorers Club divers and researchers conducting a multi-disciplinary expedition along the reefs and deep within the undersea trenches surrounding… Read More

For the past two decades, David Warburton has devoted significant effort to global health, to understand and intervene in policy on the impact of air…Read More

Chad Allen is a multidisciplinary artist and writer who happens to be blind. He is the creator of the Audio comic UNSEEN which premiered at…Read More

Well-meaning world leaders are pushing for a NATO enforced “No Fly Zone” to help struggling Ukrainian forces. A NFZ would keep the Russian Air Force…Read More