Thank you once again for having me to the club to do a presentation. The last presentation I did, I focused on my career in the television industry. I also explained that before that, I was a commercial river guide throughout the world.

My best friend and colleague on Deadliest Catch, Todd Stanley was also a river guide. When our careers shifted to television we did fewer and fewer river trips. It is a lottery system to be selected to go on a “Private” self-guided journey down the Grand Canyon. Todd had applied for the lottery every year for 20 years before being selected for a trip this last March. We organized and surmounted the logistics and with 16 people and six inflatable whitewater oar boats we left Lee’s Ferry in Arizona and travelled 260 miles over 21 days completely self-contained.

We ended our trip at Diamond Creek, traveling through 3 distinct geological canyons and numerous Class 4 and Class 5 high volume rapids. We followed the same path as famous geologist and explorer John Wesley Powell took in 1869. I will elaborate on his incredible expedition and their trials and tribulations. I will also tell the mysterious story of Glen and Bessie Hyde who in 1926 attempted the same journey on their honeymoon in a home-made boat. They were never seen again. Their boat was found and many people think that Bessie may have murdered her husband and went on to live under an alias. This is a fun and mysterious story!

As before, I will present a photo collage and video presentation of our 2017 journey through this wild and magical place.

Steve Wright is a 45 year old professional Director of Photography and Producer of Television. Over the past 17 years he has shot and produced series for Discovery, Netflix, History, National Geographic, HBO, and more. He has been awarded six prime-time Emmy Awards for his work on Deadliest Catch, Covering Air Force Para-Rescue in war torn Afghanistan, and for the hit show Dirty Jobs with Mike Rowe. Before he got involved in television, he traveled the world on a shoestring budget as a professional whitewater river guide and adventure kayaker.

He also has successful technical multi-day climbing ascents of both El Capitan and Half Dome in Yosemite. Between whitewater, climbing and television he has travelled to 65 countries throughout the world. In 2017 after a 20 year wait for a permit, he and his lifelong friend Todd Stanley came out of retirement and got back to where it all started…. a self-support river trip on the Grand Canyon of the Colorado River.

They retraced original adventurer and explorer John Wesley Powell’s 1869 journey through the Grand Canyon for 21 days and 260 miles. A group of 16 people in 6 rafts tackled numerous high volume class 4 and 5 rapids and 3 distinct canyons. On day 19 of our trip, a passenger suffered a spiral fracture of her tibia and fibula and the group had to organize a rescue and helicopter evacuation.

Make reservations early (323) 223-3948 and attend as stories, photos, and video will be presented to document this trip through this amazing place.

Leave your name and number in your party. Without a reservation, there may not be a meal for you. This is the reservation line only. If you need further information please contact a member. 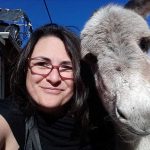 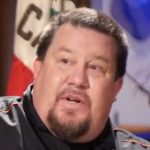