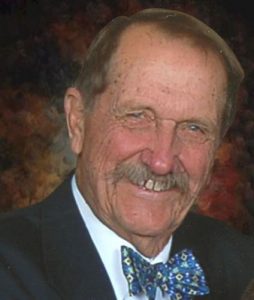 Paul Edgar Drinkwine, 82, of Brighton, CO, passed away peacefully in his home on Sunday, December 19, 2021.  Born December 14, 1939 in Erskine, MN, Paul lived a long and full life, rich with experience and adventure, marked with love and loss, and stepped in service and sailing. After spending much of his childhood in both Minnesota and on the Hawthorn Nevada Naval Base, Paul’s family moved to California.  There, Paul graduated from Verdugo Hills High School (1957), in Tujunga California, where he was quite the athlete and singer.  Paul competed in football, tennis, and track and sang in many musicals, including as lead in the classic musical, Meet Me in St. Louis.  In his free time, Paul loved nothing more than spending an afternoon sailing around Hansen Dam.  It was also during these years that Paul met and started dating his eventual first wife, Jeannie; they were the “it” couple of high school sweethearts.  But Paul’s upbringing was not without hardship.  In particular, Paul suffered a hard loss with the early passing of his father in 1956, catapulting him into adulthood as just a very young man. Following that loss and graduation, Paul received his Biomedical Engineering degree from Glendale College (1960), married Jeannie (1961), served as 1st Lieutenant in the United States Army (1963), welcomed his son Lawrence into the world (1965), and served as Specialist Five in the California Army National Guard.  During this time Paul also launched his very first yacht, anchored in the beautiful and storied Marina Del Rey. It was in 1978 that the small family would go full tilt into their sailing passions and move to St. Thomas US Virgin Island.  There, Paul and Jeannie ran the Yacht Vanda, chartering trips out to sea for many famous clients.  Sadly, Jeannie would pass away in 1991, followed by mom Edna in 1997, and, tragically, son Lawrence at age 36 in 2002.  Paul continued to live on St. Thomas, where he oversaw the restoration and operation of the La Concha excursion catamaran and managed the Yacht Haven Marina.  It was at the marina that he would meet Petra (Bachmann) Householter; she was the hotel and marina controller and his future second wife.  Theirs was not love first sight.  Indeed, their early interactions were fairly contentious.  But Paul’s loving spirit and Hurricane Marilyn (1995) would eventually bring them together.  Petra and Paul’s love unfolded over the next few years and they married in 1997, leading Paul back to the mainland to take up life anew in colorful Colorado. A real jack-of-all-trades, Paul was many things to many people, always one to raise his hand and serve the community.  Paul was well credentialed in a variety of trades, including real estate and property inspection.  He was also a notary public and a certified dive master.  Paul participated in the Arvada Police Department’s Citizens Police Academy and was a long-time member of the Los Angeles Adventurers Club.  And Paul was proud to serve as the Norwegian Consulate to the US Virgin Islands and had the great honor of visiting Norway to meet the Norwegian King and Queen in person.  Paul was a participant and a team player, with a big and loyal heart. In his later years, Paul enjoyed time outdoors as a Standley Lake Ranger in Arvada, CO, in addition to beekeeping and endless projects around his and Petra’s Brighton, CO ranch.  He’d spend countless afternoons at the local Elks club, where he made many friends and enjoyed a great social life.  At the end of the day, Paul loved nothing more than to pass a few hours sipping Miller Lite, enjoying a good conversation.  And he never ever missed the chance to get a good teasing in. Paul is survived by his wife, Petra Maria (Bachmann) Drinkwine of Brighton, CO; sister, Janice Kay (Drinkwine) Brewer (John Leon Brewer), of Glendale, AZ; nephew, Michael Wilford Brewer, of Phoenix, AZ; stepson Ryan Christopher Householter (Ashlei Lorraine Watson) of Granby, CO; their daughters, Anola Lorraine and Vaeda Mae; stepdaughter Ashley Nicole Householter (Felix Floyd Ortega) of Asheville, NC; and their daughter, Hazel Marie.