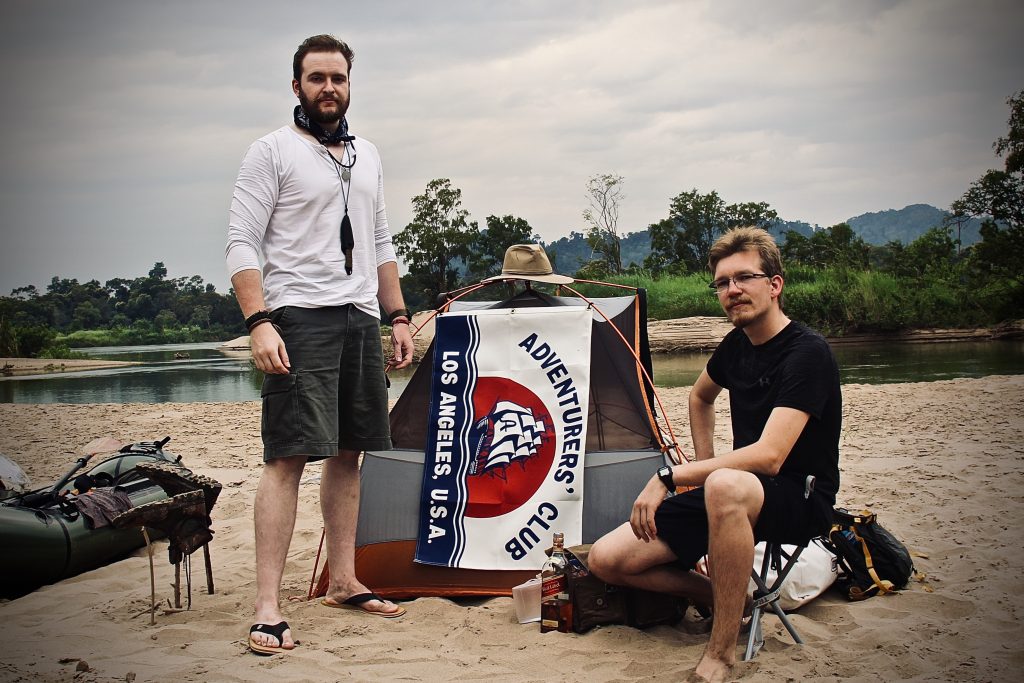 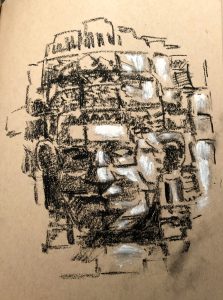 In January of 2019, I carried Flag #124 through remote tributaries of the Cambodian Mekong as part of a research team conducting ethnographic and environmental surveys of fish populations, water quality, and the overall condition of the river and the surrounding communities that depend on it. Traveling from the Laotian border, our team paddled inflatable pack-rafts 150km down river, splitting our nights between village homestays and camping on sandy beaches. I once again, reprised my role as the expedition’s artist and my drawings became a handy cross-cultural tool in some villages where local dialects prevented direct communication through our Khmer-speaking translator. 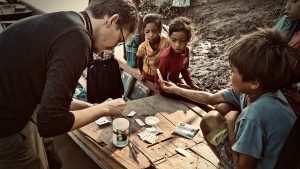 Chinese damming is having a major effect on the river and its ecology and from our first camp site on the border, we could hear frequent blasting for a new dam under construction. We were traveling during the dry season, but even so, early sections of the river, characterized by narrow, overgrown, and fast-flowing tributaries soon gave way to wide stretches of open water. The daily goal was 25km and we often paddled almost non-stop from sun-up to sunset, taking only brief breaks to eat lunch or record water samples. Nights in camp were routine and relaxing in contrast to the evenings spent in villages where barrels full of rice wine and Cambodian house music played through club speakers hooked up to car batteries kept us awake long into the night. Our provisions began to run low during the final 4-day leg of our trip, and by the end, our translator was collecting and boiling ants and lemon grass to make stew for the team. One of our team members who was hypoglycemic even shared some of her emergency rations with the rest of us who were now exclusively eating instant coffee, peanuts, jelly, and small strips of dried fish. Morale dropped quickly and by the time we finally got off the river, I had lost 15 pounds. The team completely cleaned out the first small restaurant we came across. 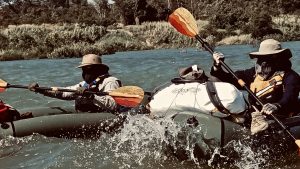 The next portion of the trip took us up to the floating villages of the Tonlé Sap Lake where we took more water samples and visited the many crocodile farms that outnumber the village’s human residents. At night we were frequently startled and awoken by the guttural rumbling and thrashing from the pens that floated just feet beneath the floorboards where we slept. The rest of the team departed from Siem Reap, while fellow team member and childhood friend, Leon Schoenfeld and I traveled to Phnom Penh and took the expedition’s final water samples. The compiled research and results were submitted to the World Wildlife Fund and the Cambodian Ministry of Agriculture to support future research and conservation projects. 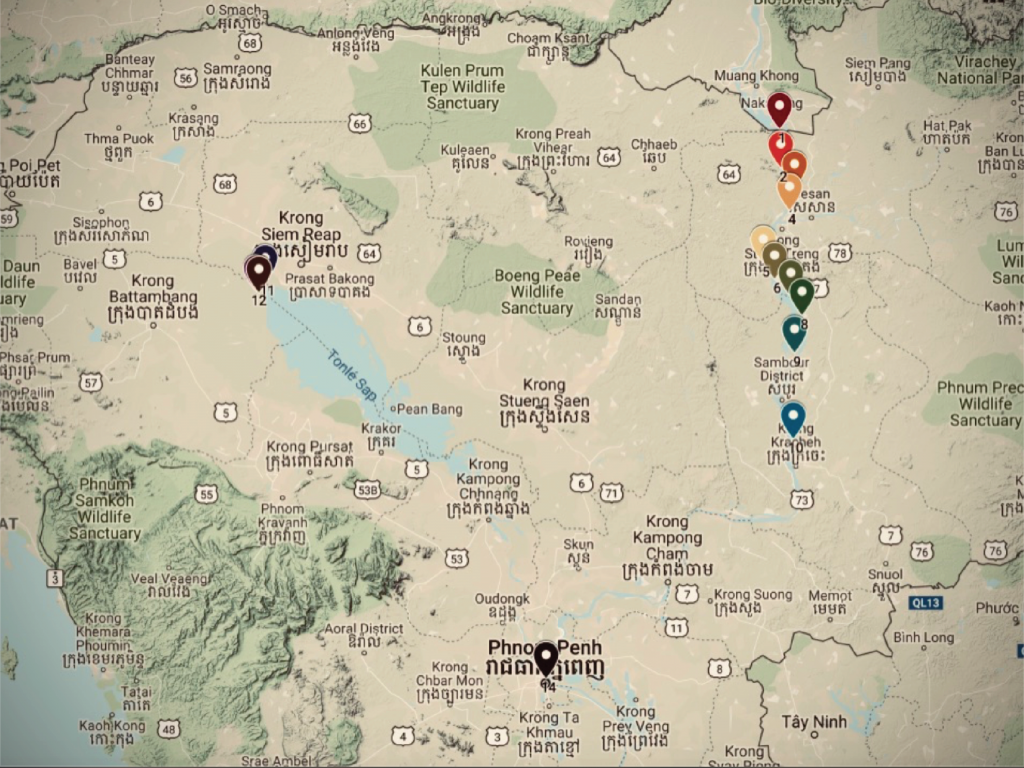