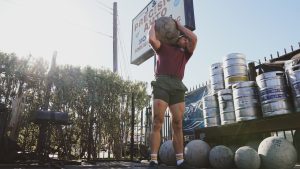 The beginning was very specific: become a Major League Baseball player. The path to attempts such a specific, lofty goal led Logan through a winding road from big home runs on ESPN, spring training with the San Diego Padres, the CrossFit Games, a Guinness Book world record in strongman, and a deep dive into the psychology of how we develop in general.
As a catcher, Logan was able to get recruited out of a small local high school to the University of San Diego where his teammates took the Top 25 NCAA Division I program to a program ranked 4th nationwide. In 2008, he was drafted by the local San Diego Padres and his career ended shortly thereafter in the minor leagues. 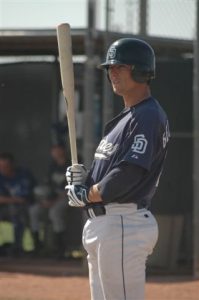 Whereas one might think this specific journey might not have transferability to life outside of baseball, nothing could be further from the truth. Logan’s history in sport has informed an obsession with development that has informed N=1 experiences in strength sports and the world of business as a multi-time entrepreneur. Logan is the founder of a brand of community-based strength and conditioning gyms called DEUCE Gym, a digital creative agency call Agency : Standard, and an educational platform that teaches adaptive leadership and developmental organizational structures to leaders around the world. 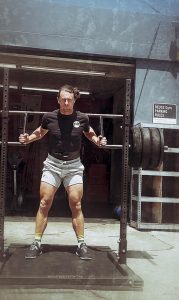 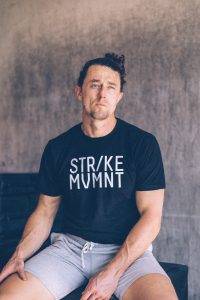 Logan Gelbrich is the founder of DEUCE, a brand of unique coaching-oriented strength & conditioning gyms. Gelbrich has not only demonstrated the ability to create asymmetrical value in the fitness space, but he has also become a developmental leader offering courses like Coach’s Prep 101 that drives adaptation in coaches looking to improve their craft and Business Prep 101 to help entrepreneurs build a developmental organization. The former professional baseball player took to strength sports after baseball competing in the CrossFit Games in 2011 and North American Strongman championships in 2016.

His best selling book, Going Right: A Logical Justification for Pursuing Your Dreams, is his most universal contribution so far as it unveils a decision-making framework that clears the way for men and women to pursue their peak expression. Gelbrich resides in Venice Beach, California.

World Record Stone Lifts and the Pursuit of Peak Performance with Logan Gelbrich on Thursday, February 3, 2022
Reservations are required.
Reservations close at Midnight on Wednesday before the program.
If you are a member, please log in to purchase dinner at a discounted price.