This program was organized by Ken Hudson #1206.
Make a Reservation 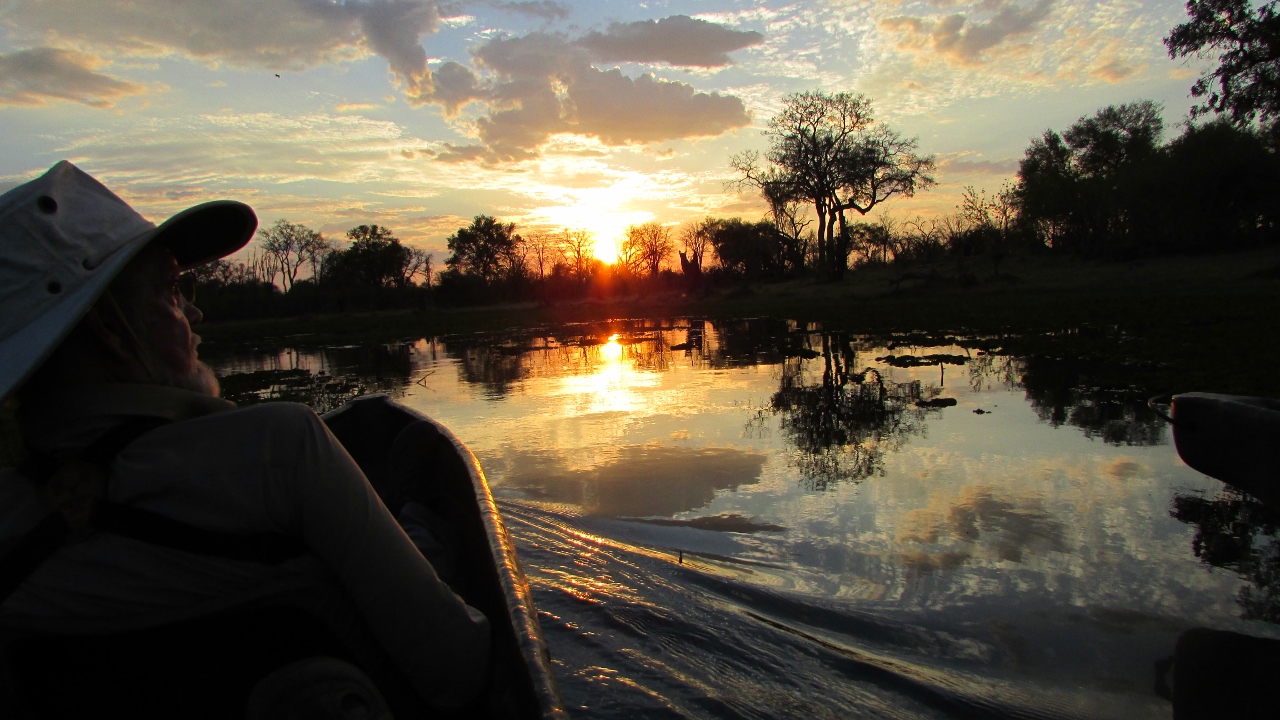 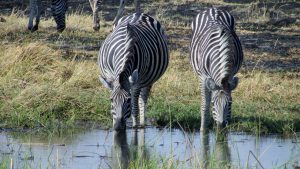 Global adventurer and explorer Rich Abele, member #1172, returned to Africa in 2019 to travel on safari in search of the “Big Five” (African elephant, lion, leopard, Cape Buffalo and rhinoceros).  This unique adventure started in Johannesburg, South Africa where he toured the township of Soweto, visited the home  of former S. African president Nelson Mandela and the Apartheid Museum.  His next destination was Victoria Falls, Zimbabwe where his group of fellow adventurers rode into the bush in safari vehicles for game drives in Hwange National Park; many elephants and antelope species were sighted.  Crossing into Zambia at Victoria Falls, Rich flew to a remote jungle camp in Kafue NP near the Lufupa River in Zambia where he encountered crocodiles, impalas, giraffes, leopards, hippos, warthogs and zebras during more game drives into the bush. 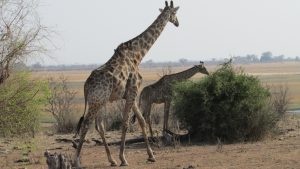 After crossing the Zambezi River, Rich entered Botswana noted for its famous Okavango Delta in Chobe NP.  Enroute they visited a well guarded group of rhinos.  Although at the end of the dry season, there was enough water in the Delta to host many hippos and other animals around the shoreline.  Here we sighted a herd of Cape Buffalo, wild dogs, giraffes, monkeys, lions and more leopards.  One evening was spent poling around a section of the delta in a dugout canoe aka mokoro to observe an awesome African sunset. 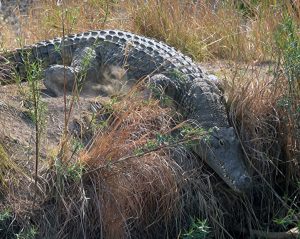 Our final destination was Victoria Falls on the Zimbabwe, Zambia border.  The bridge over the falls was built over 100 years ago by the British and is still used by foot and vehicular traffic. After touring various vistas of the spillways along the cliffs, we concluded our adventure with a dinner boat cruise on the Zambezi River.

This trip not only provided an excellent opportunity to see many of Africa’s wildlife but also to learn about various aspects of village life, national park conservation, and how three of these former British colonies are coping with independence. 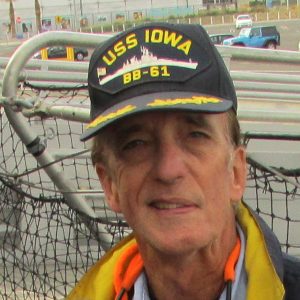 Rich became interested in global travel from his international stamp collecting during his youth. After graduating from UC Santa Barbara, he served in the US Navy as a Naval officer with two tours of duty in Vietnam. While in the Naval Reserve, he commanded two minehunters, attended the US Naval War College and retired with rank of Captain in 1995. He also worked on the B-1A bomber programs at Rockwell International followed by employment with The Boeing Company on the B-1B and C-17 cargo aircraft programs as a government contracts manager and export license administrator. Since retiring in 2005, Rich has traveled to over 145 countries and visited all seven continents at least five times including reaching both the North and South Poles. He ran in the world’s first marathon in Antarctica in 1995. He currently enjoys retirement as a tour guide aboard the battleship USS IOWA (BB-61) located in San Pedro.

Ultimate Africa: On Safari with Rich Abele on Thursday, August 19, 2021
Reservations are required.
Reservations close at Midnight on Wednesday before the program.
If you are a member, please log in to purchase dinner at a discounted price.