This program was organized by Dave Finnern #1065. 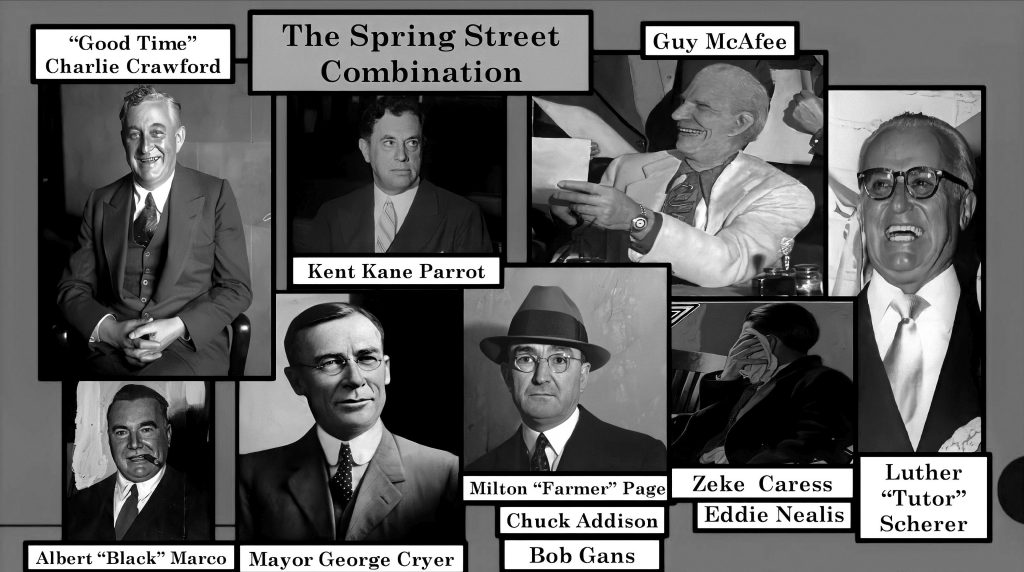 Spring Street, Broadway, Lincoln Heights—throughout the long stretch of Prohibition, the neighborhood surrounding the Los Angeles Adventurers’ Club served as home to another sort altogether. Mere blocks from the clubhouse, a collective of political racketeers, pimps, bootleggers, and gambling barons set up shop. Through the mayor’s office and a puppet mayor, this Combination ran the city’s vice. But by the start of the 1930s, the local mafia had already begun to muscle into their gambling action. And by the decade’s end, the remnants of this once powerful group had cleared out. Until Jack Dragna, Benjamin “Bugsy” Siegel, and Mayor Fletcher Bowron put on the heat, Guy McAfee, Tutor Scherer, Milton “Farmer” Page, and their associates were the kings of crime in LA. These days they’re more commonly referred to as the founding fathers of modern day Las Vegas. Not only did they have a hand in the Frontier Club (1939), El Rancho (1941), the Pioneer Club (1942), Golden Nugget (1946), and other early casinos that popped up before The Flamingo, McAfee is credited with naming the Las Vegas Strip after Hollywood’s own Sunset Strip. 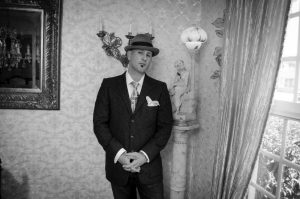 Italian-American writer-artist-musician, Dr. J. Michael Niotta, is a crime historian and the author of three nonfiction titles (The Los Angeles Sugar Ring, The Fight Abroad & the Fear Back Home, and Los Angeles Underworld). He has lectured at the Las Vegas Mob Museum and appeared as a crime SME on NatGeo and the Travel Channel. As the eldest great grandson of Los Angeles Godfather Jack Dragna—“perhaps the only classic ‘Godfather’ the city has ever known” (LA Times, 1987)—delving into the sordid past of the City of Angels has become a near obsession. The SoCal native and Iraqi Freedom veteran with twenty years of military service first gained notoriety on the upright bass touring Europe and the Southwest United States with neo-Rockabilly outfit, Hard Fall Hearts, and as the Editor in Chief and columnist of two custom culture magazines. Diverse, Niotta is also a mixed-media artist who specializes in crime inspired collage and dada. His true crime column, The Early Days of Los Angeles, appears on the popular National Crime Syndicate website. Current projects include a Jack Dragna biography, a true crime noir, and an early history of organized crime in Southern California co-authored with esteemed mafia researcher Richard Warner.

Early Organized Crime in Los Angeles with Dr. J. Michael Niotta on Thursday, September 30, 2021
Reservations are required.
Reservations close at Midnight on Wednesday before the program.
If you are a member, please log in to purchase dinner at a discounted price.