This program was organized by Alan Smith #1069. 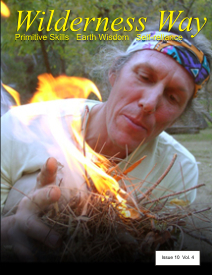 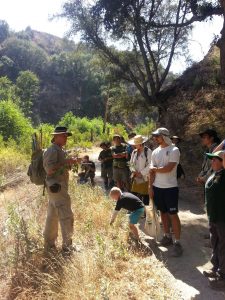 Christopher Nyerges was always interested in living in nature. He was fascinated with people like the Amish and Native Americans who actually did it. After high school, Christopher moved to his grandfather’s farm in Ohio and continued his on-going botanical and mycological studies. He was deeply concerned about the fate of western culture and believed that we all needed to get back to basics by learning how to make and fix things, how to grow our own food, and how to employ natural healing techniques. Nyerges began teaching wild food and survival skills in 1974. He has taught over 40,000 students. During this presentation, he will show you some of the plants that can provide nutrition and will share some healing methods that are as old as Hippocrates. He is an advocate of frugality and simplicity- making do with less. Not everyone agrees with his approach, but he doesn’t care. He teaches bushcraft skills to students and adults. During his talk he will share with you some of the skills that he feels everyone should know. 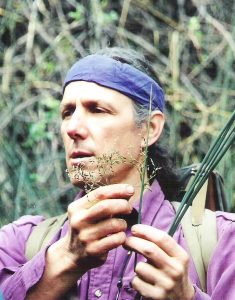 Christopher Nyerges is the author of 22 books, including Guide to Wild Foods, Urban Survival Guide, Extreme Simplicity, Foraging California, and Self-Sufficient Home. He has written thousands of newspaper and magazine articles, appeared on NatGeo’s Doomsday Preppers, Huell Howser, BuzzFeed, and all of the local TV stations in the LA area. He was the editor of Wilderness Way for 7 years, and the editor of American Survival Guide. He has served for several years as a consultant to Naked and Afraid, and numerous other survival shows.

Survival Skills and Self Reliance with Christopher Nyerges on Thursday, September 29, 2022
Reservations are required.
Reservations close at Midnight on Wednesday before the program.
If you are a member, please log in to purchase dinner at a discounted price.