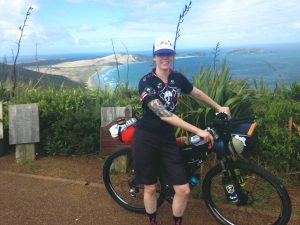 Feb 2018, Casey Sheppard set out for a 30 day self supported, solo bike ride across both islands of Aotearoa (New Zealand). Even though an avid mountain biker, long distance gravel rider, van lifer and punk, Sheppard had never bike-camped on her own before. 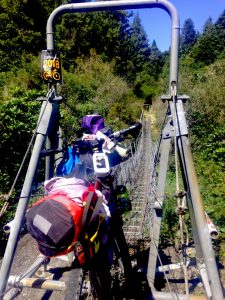 Going naively into this epic adventure, Sheppard battled constant hunger, fatigue from riding a 70lb bike over 100,000 ft of total elevation, getting lost due to not understanding Kiwi directions, bike gear falling off her bike at every moment and narrowly cheating death when a tree fell on her tent at night. But over the 31 days and 3000kms, Sheppard would find the true meaning of adventure through exploring (and connecting with) the breathtaking people and lands of Aotearoa. She found peace and comfort within struggle and pain. This adventure proved the true meaning of unconditional kindness of strangers and the power of perseverance. 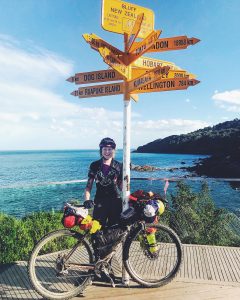 Grant (2018), and was named Best Digital Content by Upventur (2017). Sheppard has created content for Matador Network, Dirty Jane, Women Who Explore, Big Agnes, Biolite, and more. Her first ZINE “Punk Stories from the Wild” will be released Feb 2023. Sheppard is based in the southwest where she spends as much time as possible exploring, creating, training Aikido, and most importantly…playing in the dirt.

Solo Self Supported Bike Trip Across Aotearoa (New Zealand) with Casey Sheppard on Thursday, February 23, 2023
Reservations are required.
Reservations close at Midnight on Wednesday before the program.
If you are a member, please log in to purchase dinner at a discounted price.