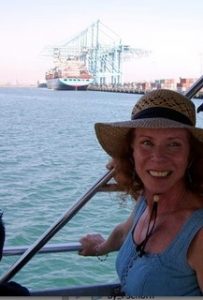 Sailing the high seas, whether for pleasure, for war, or to start a new life in a new world, has always been an adventure — and used to be quite a dangerous one. Tonight’s topic involves two of her favorite enthusiasms: history & travel.

Today’s ocean-going ships provide safety, comfort, even luxury. But what were the day-to-day lifestyles of those aboard ships in earlier centuries? How were meals prepared? What were sleeping accommodations like? And navigation tools? Join us as we all learn about life on the high seas before modern conveniences and engineering, as illustrated by The Mary Rose (16th C), The Mayflower (17th C.) and The Titanic (c.1912). 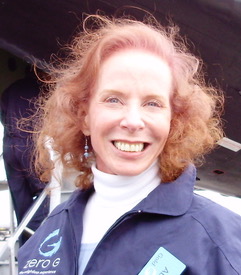 Linda Tania Abrams is a world-traveling historical interpreter, performer, speaker and educator, who sometimes says she is “in the inspiration business.” She became fascinated with history at a very young age and began re-creating the people of Past Times in 1983, with an emphasis on what their daily lives were like. In 1987, she formed a performing troupe to make European castles & stately homes “come alive,” in historically-accurate costumes, character and language, and subsequently led them on 6 overseas performing tours. She is rare in being an American accepted to play Queen Elizabeth I in England’s castles. Her other credentials include a Juris Doctor degree and B.A. from UCLA ( magna cum laude & Phi Beta Kappa) and a private pilot’s license. 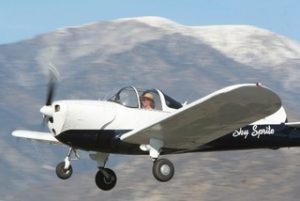 She is the happy pilot of a 1946 two-seater Ercoupe, which she has flown solo as far as Wisconsin and Washington State — and twice had special permission to land the tiny plane at LAX, among the jumbo jets!

Her talks and performances have been enjoyed by audiences throughout the U.S. and in Canada, Britain, Europe, Israel, South Africa, Mexico, Estonia and as a frequent guest speaker on the big cruise ships.

Linda has very much enjoyed her “guest” status at many Adventurer’s Club Ladies’ Nights for over a dozen years.

Shipboard Lifestyles Across Time with Linda Abrams on Thursday, November 11, 2021
Reservations are required.
Reservations close at Midnight on Wednesday before the program.
If you are a member, please log in to purchase dinner at a discounted price.