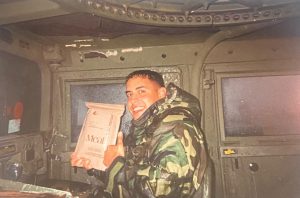 When remembering the first time the detainees arrived, Tony can’t help but recall the wide variety of personalities that ranged from the defiant to the incredibly scared. There were detainees that were literally shaking so hard you’d think they’d shake right out of their body. 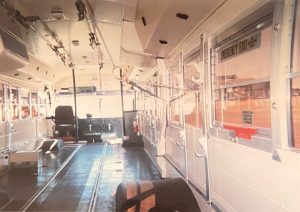 Guantanamo Bay is equal parts a beautiful part of the world and a terrifying place. Tony has vivid memories of watching movies in the open air theater and then heading back to Camp X-Ray to dodge the human fecal matter that  detainees were hurling at everyone. Detainees used to have to clean up their bedpan buckets. Tony always thought we should have someone do it for them but he knew if he mentioned something it probably would’ve been him that would’ve had to clean it up. 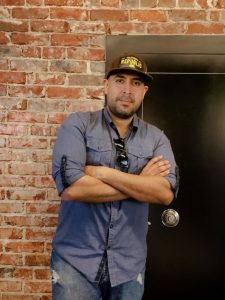 Tony Lugo is an award winning filmmaker. He began his artistic career as an award nominated production designer, and honed his skills in cinematography and editing before fully pursuing his directing career. In search of adventure and a challenge, Tony joined the United States Marine Corps and traveled abroad to Cuba, Greece, and Ireland. After his service, Tony pursued his passion in the creative arts and started writing screenplays and making films. He was twice selected as a Latino scholar by the National Association of Latino Independent Producers (NALIP), an organization that supports emerging Latino filmmakers.
Tony was also selected as a Leadership Fellow for the non-profit Veterans in Media & Entertainment (VME) in recognition of his leadership and volunteerism.

Serving in the Marines at Guantanamo after 9/11 with Tony Lugo on Thursday, February 24, 2022
Reservations are required.
Reservations close at Midnight on Wednesday before the program.
If you are a member, please log in to purchase dinner at a discounted price.