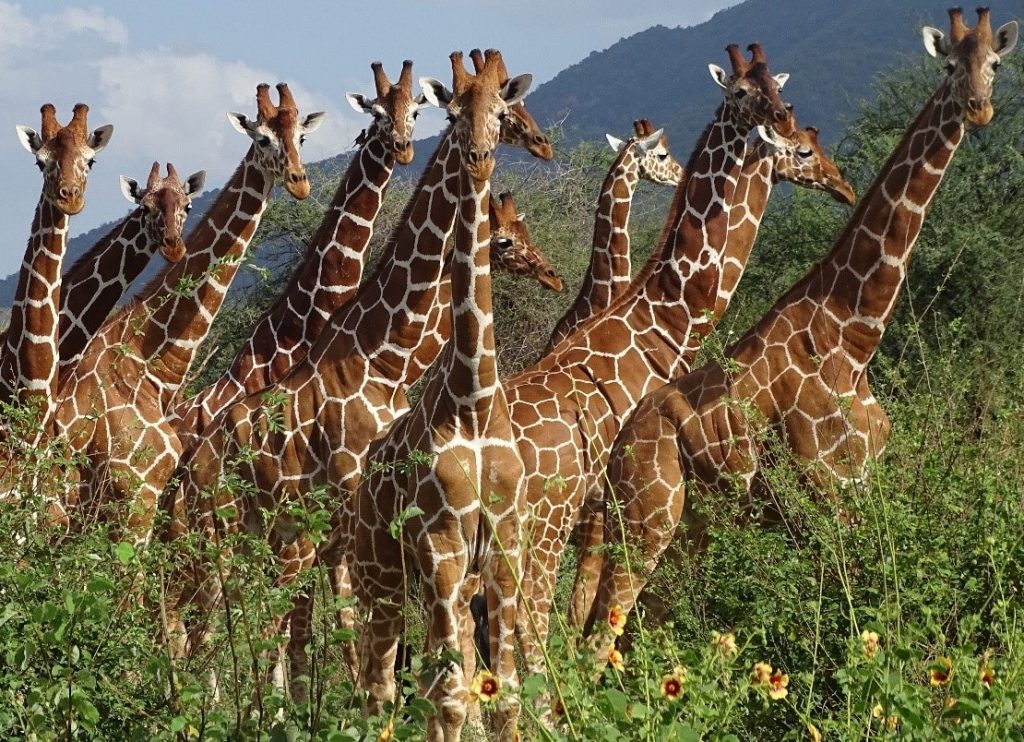 Giraffe are one of the most iconic African animals. Unlike lions, cheetahs, leopards, and elephants, giraffes are uniquely African, found nowhere else. Historically their range extended over large portions of southern and eastern Africa. However, that range is decreasing. Across the continent, giraffe populations are estimated to have declined by about 40%. In December of 2016 the IUCN Red List officially listed giraffes as “Vulnerable” to extinction. Some species of giraffe, like the reticulated giraffe (Giraffa reticulata), a species of giraffe found only in northern Kenya (potentially some small populations in Ethiopia and Somalia), have had very drastic declines in their populations according to the December 2016 IUCN Red List Assessment estimates. 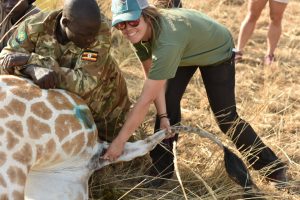 In June 2016, San Diego Zoo Global along with Northern Rangelands Trust, Loisaba, Namunyak and Lewa Conservancies, the Giraffe Conservation Foundation, The Nature Conservancy, Sarara Camp, and others, in partnership with the Kenya Wildlife Service, launched a collaborative community-lead conservation and research effort to help sustainably preserve the reticulated giraffe species in the wild.

At the centre of these efforts are the Twiga Walinzi (‘Giraffe Guards’ in Swahili). The team is made up of a group of passionate local men and women dedicated to the conservation of giraffe. Currently the team consists of 16 individuals that conduct camera trap surveys, photo monitoring surveys, human dimension surveys, community outreach, and snare removal in efforts to understand and conserve reticulated giraffe in key areas of their range in northern Kenya. 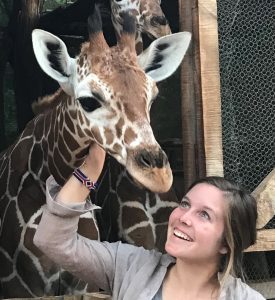 Jenna Stacy-Dawes serves San Diego Zoo Global as a Researcher in Population Sustainability. Her research focuses on using socio-ecological methods to further understand and conserve reticulated giraffe populations in Kenya alongside a local research team, the Twiga Walinzi.
With her background in community-based conservation, spatial ecology, and geographic information systems, she is helping develop study methods for monitoring giraffe populations in northern Kenya. Jenna’s primary focus is coordinating and managing the day-to-day operations of the Twiga Walinzi Initiative in northern Kenya as well as designing and implementing research methods to better understand and conserve these populations.
Jenna earned her bachelor’s degree in Zoology from California State Polytechnic University, Pomona, her master’s degree in Biology through the University of Miami’s Advanced Inquiry Program, and is currently pursuing a master’s degree in Environmental Geographic Information Science through Unity College. Jenna also serves as a member of the IUCN SSC Giraffe and Okapi Specialist Group.

Saving the Giraffes of Northern Kenya with Jenna Stacy-Dawes on Thursday, January 14, 2021
Reservations are required.
Reservations close at Midnight on Wednesday before the program.
If you are a member, please log in to purchase dinner at a discounted price.