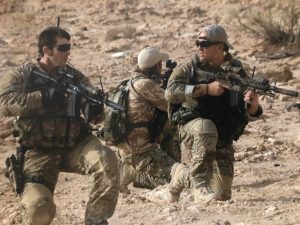 Dean Stott is a former soldier in the Special Boat Service (SBS). His military career was ended by a parachuting accident in 2011. Then, he quickly transitioned to the private security sector where he carved out a reputation for being willing to take on any job, no matter how dangerous, while working for governments, presidents and royal families. He has successfully dealt with extortion, kidnapping, civil war, pirates and military coups. In 2014, he single-handedly evacuated the Canadian Embassy in Libya, rescuing four diplomats and 18 military personnel. 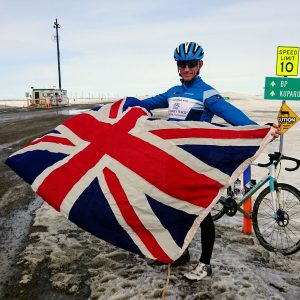 In 2016, Dean began training for the biggest challenge of his life. His plan was to cycle the entire 14,000-mile length of the Pan-American Highway (PAH), the longest motorable road in the world. There was just one problem. Despite his long military career and proficiency with a huge range of vehicles and weaponry, he had never cycled more than a few miles. But Dean believes in the ability to adapt to new challenges; in having the confidence to overcome the insurmountable. Together with his wife Alana, he prepared to do more than just complete the ride. He was going to do it faster than anyone had ever done it before.

He passed through 14 countries on his expedition, cycling for an average of 10 hours per day. He experienced extreme terrain from the Atacama Desert to the mountains of Alaska. He even rode through a tornado. In the final stretch, he rode for 17 hours and he covered 340 miles on his longest stint.

In May 2018, he completed his journey, gaining not one but two world records: the fastest person to cycle the length of South America and the fastest cycle journey of the Pan American Highway. With his final time of 99 days, 12 hours and 56 minutes, Dean smashed the former world record by 17 days and became the first person ever to make the journey in under 100 days. 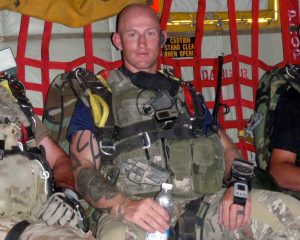 Saving Lives in Libya and World Record Bicycle Rides with Dean Stott on Thursday, June 30, 2022
Reservations are required.
Reservations close at Midnight on Wednesday before the program.
If you are a member, please log in to purchase dinner at a discounted price.