This program was organized by Rich Mayfield member #1211. 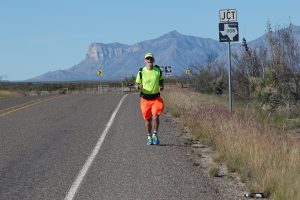 Don Muchow is a Type 1 diabetic, Ironman finisher and super-ultra distance runner. In 2018 he became the first person to complete the 339-mile Relay Iowa as a solo runner. In 2019 he set the Fastest Known Time (27 days 8 hours 36 minutes) for a run across Texas, and in February 2020 he embarked on a run across the USA that was to include the first ever run from Disneyland to Disneyworld. The run has been paused twice due to COVID, but not until after he got in 1800 miles of the 2800-mile route. 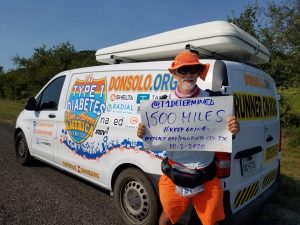 Don’s talk covers the physical, mental, and spiritual challenges of pushing the human body to its limits. As a Type 1 diabetic, his efforts have also shed light on the role that physical breakdown, exhaustion, sleep deprivation and stress hormones play in affecting blood sugar management. 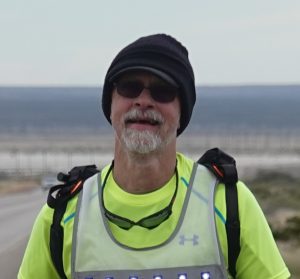 Don Muchow was diagnosed with Type 1 diabetes in 1972, ten years before glucose meters became publicly available. Since exercise lowers blood sugar and dangerous low blood sugars may cause seizures, unconsciousness, brain damage or even death, his doctor at the time advised him to avoid physical activity. After a brush with vision loss in 2004, he forced himself to reconsider that medical advice and face the risks. When he’s not out on an epic run, he’s been training for a solo 12.5-mile swim around Key West.

Running Across the USA with Type 1 Diabetes with Don Muchow on Thursday, March 11, 2021
Reservations are required.
Reservations close at Midnight on Wednesday before the program.
If you are a member, please log in to purchase dinner at a discounted price.