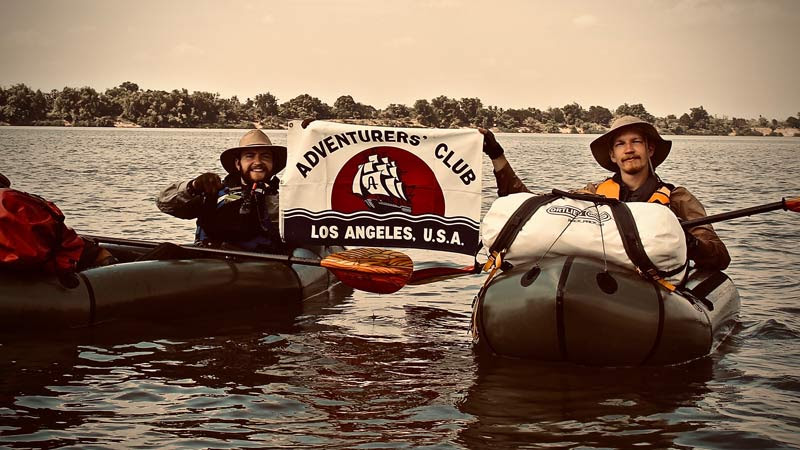 New Year’s Eve in Phnom Penh; two childhood friends join up with a team of young explorers and scientists preparing to conduct an environmental survey of remote tributaries and villages along the Mekong River. Sponsored by the Explorers Club, the World Wildlife Fund, the Cambodian Ministry of Agriculture, and carrying the flag of the Adventurers’ Club of Los Angeles, the expedition hoped to gather important data about water quality, pollution levels, and the overall impact on the communities and wildlife that depend on the river for survival. 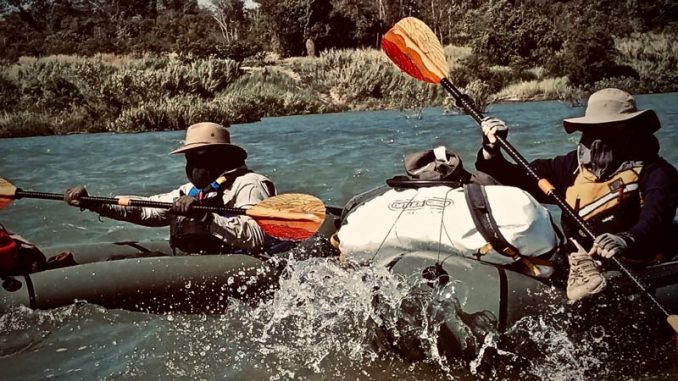 As one of the expedition’s two water scientists, Leon Schoenfeld was responsible for taking samples and keeping detailed logs of tests conducted in the field. He is currently co-authoring a paper with fellow team member Rebecca Ziegler that will be published as the official record of the expedition’s findings. 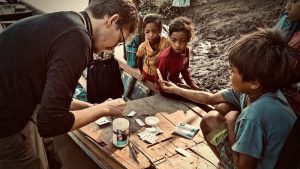 Reprising his role as expedition artist, Alec Shumate was tasked with creating an illustrated record of the more academic work performed by his colleagues. His artistic ability also served as a unique cross-cultural tool that sparked curiosity and goodwill among wary locals and remote villagers alike.

For three weeks, with nothing more than the gear on their backs and a fleet of inflatable pack-rafts, the team crisscrossed the country, collecting water samples from the Laotian border, to Phnom Penh, to the floating villages of the Tonlé Sap Lake and the ancient ruins of Angkor.

New friendships were built and old ones grew stronger as long days spent battling headwinds, churning rapids, flooded forests, and dwindling rations, gave way to sleepless nights spent camped on sandy islets or sprawled across rickety floorboards. While the full scope of the expedition’s research is still being compiled, Alec and Leon are honored to present their work and to share their tales of adventure at the world famous Adventurers’ Club! 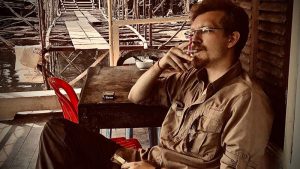 Born in Germany, Leon Schoenfeld grew up in China and India before moving to the United States. Long having possessed a passion for the accessibility of clean water, he is the co-founder and former CFO of Orisun, a startup that sought to offer portable, solar-powered water filtration for even the most remote communities. As a childhood friend of both Alec Shumate and Andy Medina, he hopes to one day join them as part of history’s greatest brotherhood of adventurers.

Paddling Down the Mekong River in Cambodia with Leon Shoenfeld on Thursday, September 17, 2020
Reservations are required.
Reservations close at Midnight on Wednesday before the program.
If you are a member, please log in to purchase dinner at a discounted price.