This program was organized by Jeff Holmes #1148. 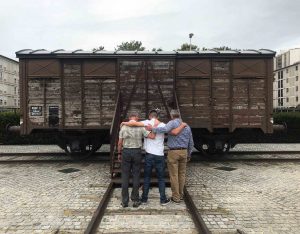 In 1938, after Kristallnacht (Night of Broken Glass), German Jewish teenager, Eddie Willner, was sent to Belgium to escape persecution from the Nazis. That was the start of a seven-year Holocaust survival story that ended in April 1945 when Eddie Willner escaped a second death march and gave himself up to the US Third Army as it advanced through Germany. 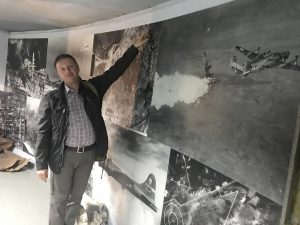 Michael will talk about Eddie’s extraordinary story and the fascinating journey that Michael, along with Eddie’s son Albert Willner, took to retrace his father’s footsteps during World War II. They travelled across Europe, met with archivists and historians, saw original documents and pieced together his father’s story from refugee in Belgium to internment camps in Vichy France, deportation from Drancy to Auschwitz, concentration camps in Poland and eventually back to Germany where he labored in the Nazi’s secret Harz Mountain tunnel complex. They also researched the infamous Death March from Auschwitz to Gross Rosen in preparation for the Walk in Remembrance that his son walked (and Michael documented) on the 75th anniversary of the tragic evacuation of up to a quarter of a million concentration camp inmates to Germany from Poland.

Eddie Willner passed away in 2008 but his story and legacy are being honored and remembered at the Arlington National Cemetery with their Firsthand History Education Series as well as with extensive interviews that are available at the United States Holocaust Memorial Museum in Washington, DC and the Shoah Foundation in Los Angeles. 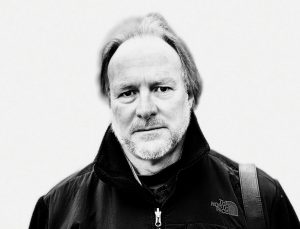 Michael Nelson is semi-retired following a 36-year career as a photojournalist stationed in Beirut, Brussels, Cairo and Los Angeles. He worked for United Press International, Agence France Presse and the European Pressphoto Agency where he was the Middle East bureau chief. He has covered a variety of stories from wars, civil unrest, famines and natural disasters; high profile entertainment events, sports stories and political happenings such as presidential campaigns, debates and inaugurations. He now resides in Topanga, California with his wife, Mona, from Nubia and spends his time researching and planning for his next documentarian series. His next documentary project will be to follow in the footsteps of the great Carthaginian general Hannibal Barca.

On the Road to Uncover an Extraordinary Holocaust Survival Story with Michael Nelson on Thursday, April 8, 2021
Reservations are required.
Reservations close at Midnight on Wednesday before the program.
If you are a member, please log in to purchase dinner at a discounted price.