This program was organized by Andy Medina, #1212.

An open night – all are welcome!

Commander James Ferraday, USN, has new orders: get David Jones, a British civilian, Captain Anders, a tough Marine with a platoon of troops, Boris Vasilov, a friendly Russian, and the crew of the nuclear sub USS Tigerfish to the North Pole to rescue the crew of Drift Ice Station Zebra, a weather station at the top of the world. The mission takes on new and dangerous twists as the crew finds out that all is not as it seems at Zebra, and that someone will stop at nothing to prevent the mission from being completed. 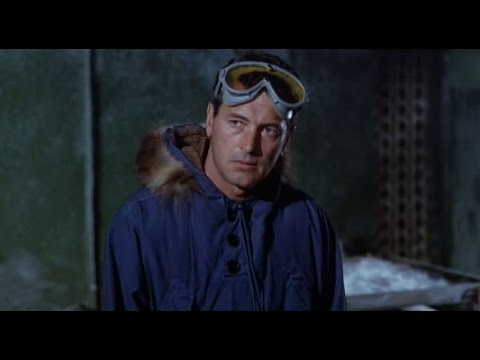 Ice Station Zebra is a 1968 Metrocolor Cold War era suspense and espionage film directed by John Sturges, starring Rock Hudson, Patrick McGoohan, Ernest Borgnine, and Jim Brown. The screenplay by Alistair MacLean, Douglas Heyes, Harry Julian Fink, and W. R. Burnett is loosely based upon MacLean’s 1963 novel of the same name. Both have parallels to real-life events that took place in 1959. The film was photographed in Super Panavision 70 by Daniel L. Fapp, and presented in 70mm Cinerama in premiere engagements. The original music score is by Michel Legrand.

Budd Albright is a stuntman whose career includes Ironside, The Name of the Game, The Rat Patrol, and First to Fight. Budd has worked with Hall of Fame stuntmen Hal Needham, Ronnie Rondell, Glenn Wilder, Roger Creed and Bill Hickman who is remembered most for the landmark car chase alongside Steve McQueen in the 1968 film Bullitt. Come see him speak about his experience on the set of Ice Station Zebra!

Movie Night – Ice Station Zebra on Saturday, January 25, 2020
Reservations are required.
Reservations close at Midnight on Wednesday before the program.
If you are a member, please log in to purchase dinner at a discounted price.