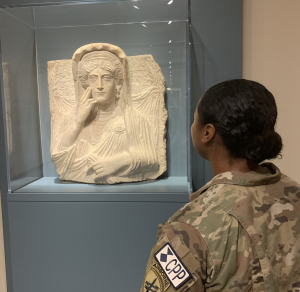 When Cpt. Dixon first joined the Army at 19 years old, she never imagined combining her civilian training and passions for art history & cultural heritage with her military career. That changed with the introduction of the US Army Reserve’s Civil Affairs Military Government Specialists (38G) aka The Monuments Men.

The Monuments Men and Women’s role during WWII was to recover art stolen by the Nazis. She’ll discuss Monuments Officers and their role after the 2003 looting of the National Museum of Iraq in Baghdad. She’ll share the latest iteration of the group in the US Army Reserve. The first cohort of the Army Monuments Training occurred in August 2022, which included diverse training to safeguard cultural property. Sonia will explain the ways in which the Heritage and Preservation Officers’ (6Vs) roles are the same now as in WWII and their tasks to preserve tangible and intangible cultural heritage in a changing and often violent landscape is as critical as ever. 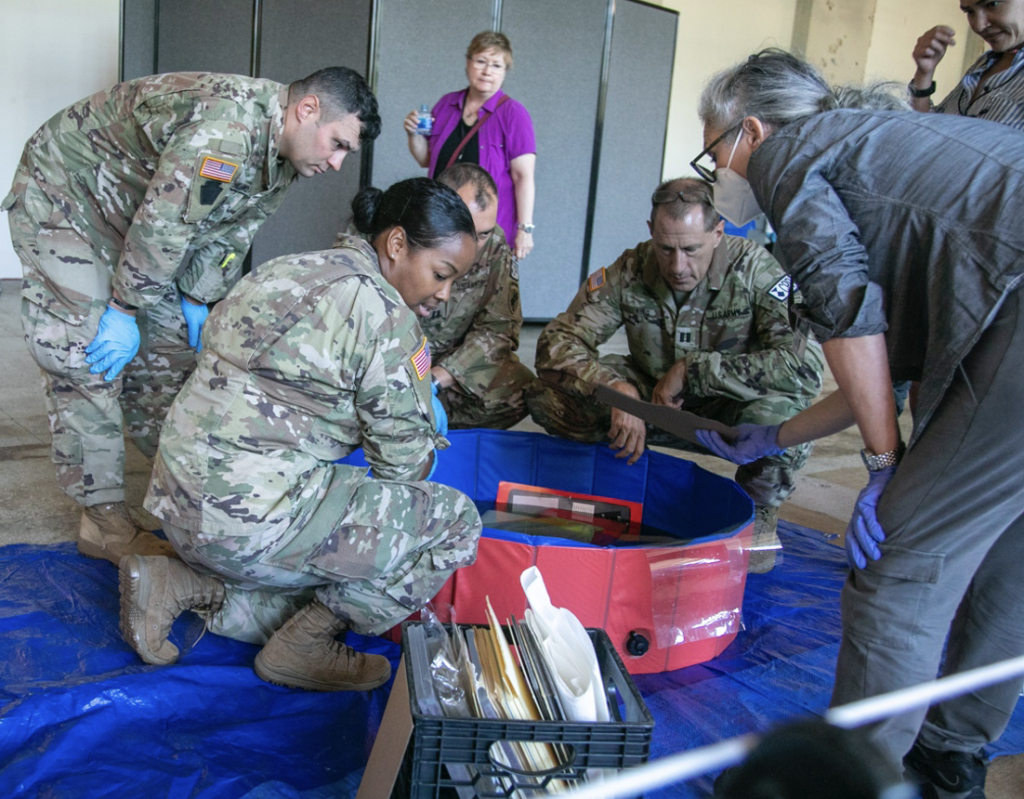 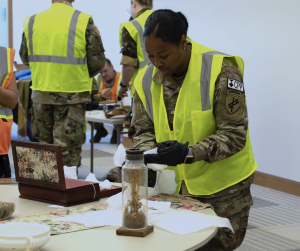 Sonia began her Army career 2010 and was assigned as a Battalion S-6, Maintenance Control Officer, and Public Affairs Officer. She currently serves as a Captain in the U.S. Army Reserve as a Heritage and Preservation Officer with the 351st Civil Affairs Command in Mountain View, California. She is responsible for assisting and advising the unit on activities regarding cultural heritage assets at various levels, and providing technical expertise on the processes for the analysis, assessment, planning, and implementation of systems and methods to preserve and safeguard cultural heritage.
Sonia is also a full-time Art History Doctoral Candidate at Florida State University. She studies visual culture and identity in Late Antiquity (3rd – 7th century) in the eastern Mediterranean. Her dissertation exams the chi-rho in the Late Antique period.

Monuments Men and Women in the 21st Century with Captain Sonia Dixon on Thursday, May 4, 2023
Reservations are required.
Reservations close at Midnight on Wednesday before the program.
If you are a member, please log in to purchase dinner at a discounted price.