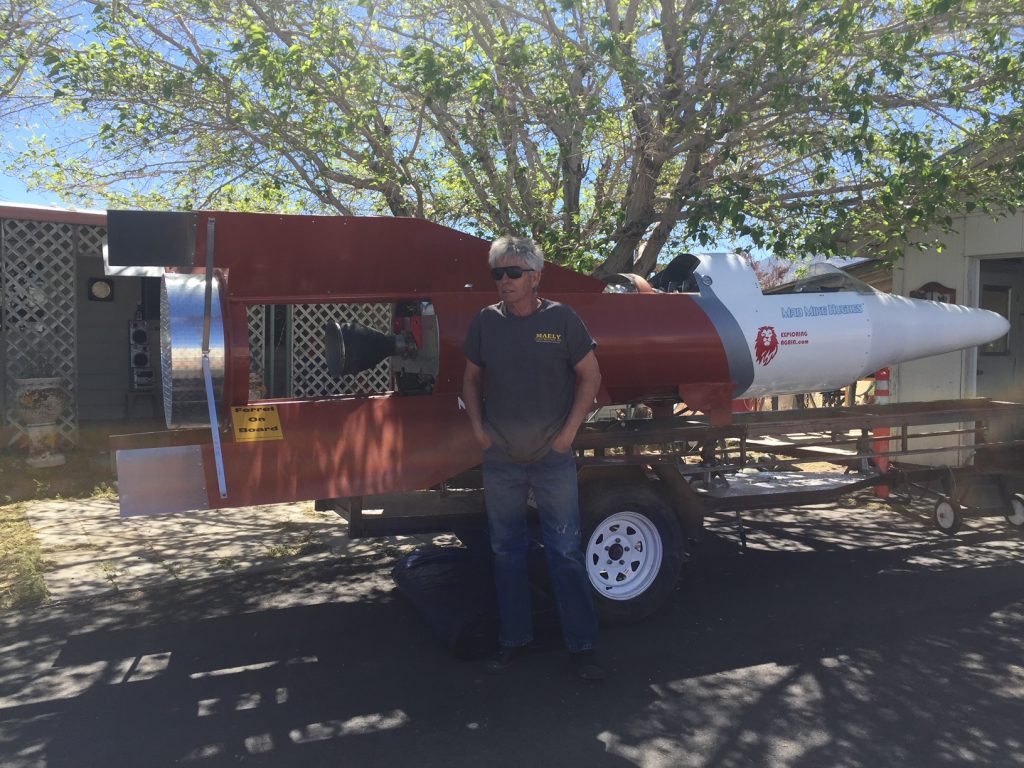 For two years, journalist Justin Chapman researched and wrote a longform profile on Mad Mike Hughes, the flat earther daredevil rocketeer who launched himself thousands of feet into the air three times in self-made, steam-powered rockets. He attended Hughes’s talks at the Adventurers Club of Los Angeles, researched his life, interviewed associates, and interviewed Hughes at his home in Apple Valley, California.

On February 22, 2020, Chapman attended Hughes’s third—and final—rocket launch in the desert outside Barstow, California. Chapman’s video of the fatal crash went viral with millions of views in a couple days. He wrote two deeply reported articles about the experience and about Hughes’s life and exploits for Huffington Post and Alta Journal.

In a celebration of Mad Mike Hughes’s life, Chapman will discuss his reporting on Hughes (including video and photos), what it was like that fateful day in February 2020, and the impact Hughes had on people. 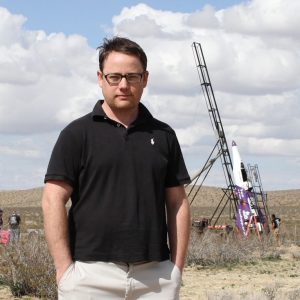 Justin Chapman is the Communications Officer at the Pacific Council on International Policy. He is an author, journalist, travel writer, actor, poet, musician, and politician. He was the youngest elected member of the Altadena Town Council at age 19. He has written hundreds of articles for more than two dozen print and digital publications, including Alta Journal, Huffington Post, LA Weekly, Pasadena Weekly, Berkeley Political Review, and more. His book about his travels through Africa, Saturnalia: Traveling from Cape Town to Kampala in Search of an African Utopia, was published by Rare Bird Books in 2015. He is the host, producer, and editor of the shows “Well Read with Justin Chapman” and “NewsRap Local with Justin Chapman.” As a professional child actor, he performed in dozens of movies, commercials, TV shows, and plays.

Mad Mike Hughes: The Flat Earther Daredevil Rocketeer Who Reached for the Stars with Justin Chapman on Thursday, August 26, 2021
Reservations are required.
Reservations close at Midnight on Wednesday before the program.
If you are a member, please log in to purchase dinner at a discounted price.