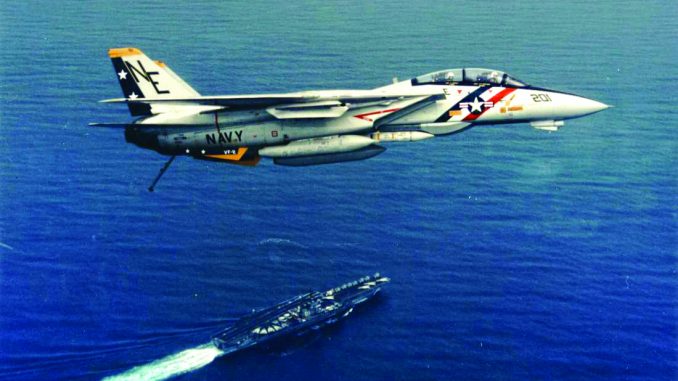 Well-meaning world leaders are pushing for a NATO enforced “No Fly Zone” to help struggling Ukrainian forces. A NFZ would keep the Russian Air Force from picking off the Ukrainians from above.

“No Fly Zones” became a popular tactic after the fall of the Berlin Wall as a way to punish aggressive dictators for invading their neighbors or engaging in the oppression of ethnic minorities.

NFZs were promoted as a safe and easy humanitarian tool that didn’t risk casualties to soldiers and civilians like putting “boots on the ground.” In the 1990’s, the idea of removing a dictator’s air force from the sky while only risking the loss of one or two UN volunteer pilots proved hard for the US, the UN and NATO to resist.

Citing UN resolutions seeking to protect civilians trapped in war-torn countries, Western nations tried employing No Fly Zones to keep a lid on regional ethnic-cleansing. First in Iraq and then in Yugoslavia, since the United Nations has no military, the United States supplied almost all of the air combat power and logistics to support these ad hoc and short notice NFZs.

The US Navy has the ability to put 4.5 acres of sovereign US airbase and 80+ warplanes within 200 miles of 90% of the population on earth. Sail a Carrier Battle Group to a region and in a matter of days the US can seize air superiority with near impunity from any nation except the former Soviet Union.

LTJG David McAlexander helped enforce just such a NFZ in 1992. Operation Southern Watch enforced a NFZ over Southern Iraq and neighboring parts of Iran. David was intimately familiar with this dangerous airspace having cut his teeth the year before with over 40 combat missions in Desert Storm. Saddam’s once formidable air force had been the 5th largest air force in the world in 1989, and still had over 100 jets under its command in 1992.

Though Saddam Hussein had been forcefully evicted from Kuwait, he was allowed to keep much of his army and air force. He still had the fearsome Mig-29 and the Exocet-firing Mirage F-1. Facing rebellion from oppressed minority groups, he used these remaining air assets to help his ground forces persecute the Shiite minority population that lived near the historic Tigris and Euphrates Rivers for centuries.

Flying in the “eye in the sky” E-2C Hawkeye command and control aircraft, David and the 2 other backseaters in the E-2C were officially designated as the “command” element. Those three officers had the sole authority to unleash the hordes of fighters, jammers, and bombers under their control.

Weapons went hot- not only towards enemy fighter jets, but to safely fly over neutral or enemy terrain while denying them the ability to do the same, you also have to wipe out any ground-based missile, gun and radar sites that can threaten your aircraft. That means actively bombing areas occupied by the same people you are trying to protect. 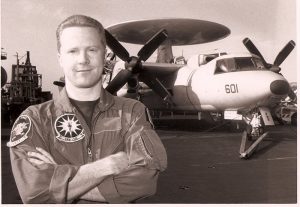 In 1992, US Navy Flight Officer Lt. David McAlexander was awarded the Air Medal for over 30 flights in direct support of Operation Southern Watch, the UN mandated No Fly Zone designed to prevent Saddam Hussein’s genocide against the Marsh Arabs minority group rebelling after his defeat in Kuwait.

Against the smaller and recently defeated nation of Iraq, it should have been easy, but it was anything but.

Lessons Enforcing Mid East No Fly Zones in the 90s Applied to Ukraine with David McAlexander on Thursday, April 14, 2022
Reservations are required.
Reservations close at Midnight on Wednesday before the program.
If you are a member, please log in to purchase dinner at a discounted price.