This program was organized by Craig Caryl #1230. 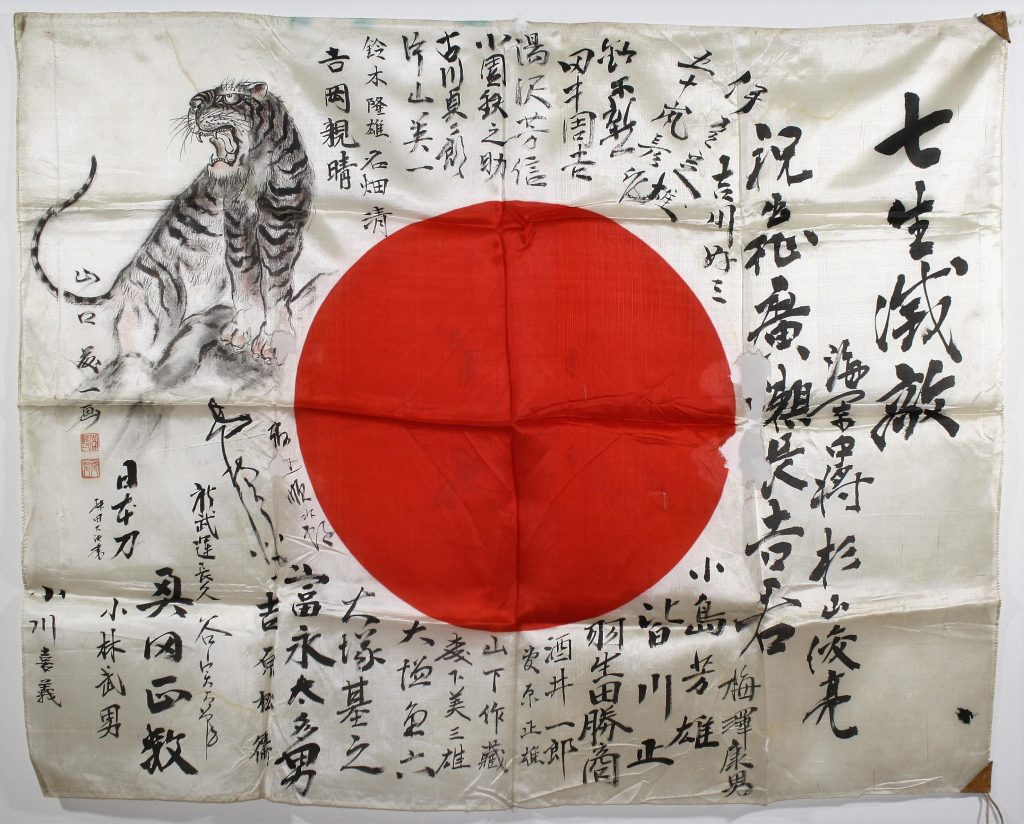 Dr. Michael Bortner, an adventure traveler and shipwreck scuba diver, first became interested in Japanese “Good Luck” signed flags more than fifty years ago, when he was young. He will share with ACLA members some of the historical background of these fascinating objects of war and why Japanese culture generally shuns these Good Luck Flags from WW2.

As his collection of signed flags and senninbari belts developed, so too did his interest in Japanese military send-off culture and customs. After years of study and research, in 2008 he wrote the book, Imperial Japanese Good Luck Flags and One-Thousand Stitch Belts. That 286-page hardcover book along with its numerous illustrations, photos and translations made available for the first time some of the important history and meaning behind the development, fabrication and presentation of the good luck flag and one-thousand stitch belt. 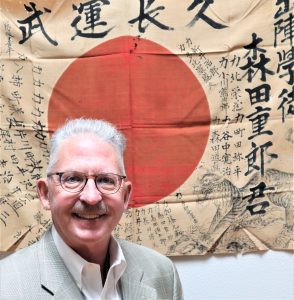 In 2021 he released the book Battle Carried: Imperial Japanese Tiger Art Good Luck Flags of World War Two. This 196-page hardcover book examines the history, meaning and cultural context of tiger imagery as it applied to the decoration of good luck flags. Through hundreds of extensive color images and detailed close-ups, as well as woodblock prints and rare vintage photographs, this book superbly illustrates some of the rarest and most highly sought-after specimens of tiger art flags, many of which are identified to their soldier, sailor and airmen owners.

Japanese Good Luck Flags and 1000 Stitch Belts with Dr. Michael Bortner on Thursday, September 8, 2022
Reservations are required.
Reservations close at Midnight on Wednesday before the program.
If you are a member, please log in to purchase dinner at a discounted price.