This program was organized by Andrew McGregor. 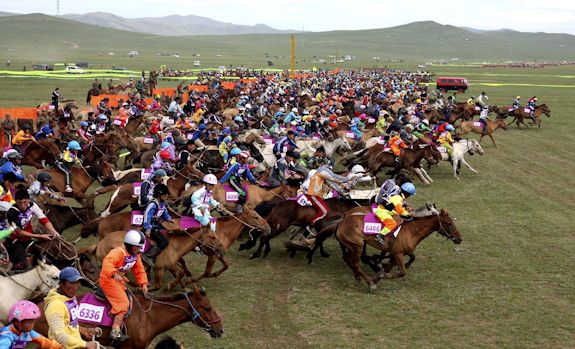 As an odd start to the story: In 2014, two months after a cross country motorcycle trip, Hugh had a vehicular accident that pinned his arm under his car and left him in the hospital for a month getting skin grafts.  Laying on his back day in and out was not his normal S.O.P. and started to drive him batty.  So, while passing time in his hospital bed he began to search for adventures and discovered a UK company, The Adventurists, looking for people to pioneer a route for a new adventure— circumnavigating Lake Baikal in Siberia in February on old Russian Ural sidecar motorcycles.  Hugh hid the fact that he was applying from a hospital bed and applied to be a guinea pig.  He was accepted to join.  Six months later, he flew to Irkutsk and met his riding partner, an Australian large animal veterinarian named Dr. Campbell Costello.  The two spent two weeks camping and riding in temps from -20 to -40.  Great times were had and the gents became great friends.

During the trip, Dr. Costello had spoken with Hugh about his work with the company on another one of their events – a giant horse race called “The Mongolian Derby”.  Hugh’s interest piqued.  Excited to try another trip, he spoke with the organizers and convinced them he’d be a logistical asset in Mongolia.  They agreed to bring him on to operate the field office.
A few months later Hugh landed in the capital of Ulaanbaatar to work in the head office.  In the blistering heat of 2015, racers were dropping and I.V. fluids were running low for the field medics treating riders.  The local Russian Furgon van, or even a chartered Land Cruiser and driver, would take an overnight trip on poor, unmaintained roads to reach the medics, which would halt the race.  Hugh smiled and pitched the idea to rent a dirt bike and send him.  The gamble was taken and this resulted in an immediate promotion to his new position as ‘fast response vehicle’ darting from horse station to field teams and assisting on a few medical evacs as well.
Hugh has since spent four years working on the race, logging over 4,000 miles across the Mongolian steppe on motorcycle.  He considers it one of the most beautiful, and certainly the most isolated, places he has ridden.
Raised in Southeast Michigan, Hugh received a Bachelor of Science in Literature from Eastern Michigan University.  Moving to Hawaii immediately after, he worked as a field writer and assistant for the largest guidebook publisher to the islands.  After a few years of exploring the islands, a movie came to film on Kauai and he joined the art department.  He is now an Emmy award winning Production Designer / Art Director for film, television, and commercials in Los Angeles.  Among his adventures, he has lived out of an open cockpit airplane skimming through the Caribbean, camped from motorcycles across Siberia in winter, mustered cattle in Queensland, ran horse races from a motorcycle in Mongolia, climbed remote mountains in Alaska, and treated jaguars and cape buffalo on preserves in South Africa. 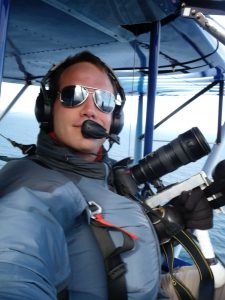 Horse Racing in Mongolia with Hugh Cummings on Thursday, July 21, 2022
Reservations are required.
Reservations close at Midnight on Wednesday before the program.
If you are a member, please log in to purchase dinner at a discounted price.