This program was organized by Bill Altaffer, Member #1095. 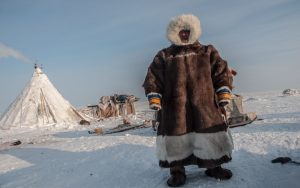 Surrounded by darkness and deathly sub-Arctic temperatures of negative 50 degrees, Matt Allison and his friend were huddled together in a wooden sled while being dragged violently across the empty tundra by an old Soviet-Era snow mobile. In the dead of the Siberian winter, they were somewhere north of the Arctic Circle in the Yamal Peninsula.

They were heading off to a remote village to drink Vodka, meet the Nenets, and herd some Reindeer. 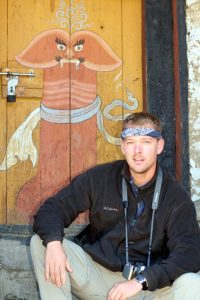 When Matt was 18-years of age, he decided he was going to see the world. He set off on his first international journey to China to study Chinese for a few months. It was in China that he fell in love with travel. Between the ages of 18 and 42, he has been blessed to travel to over 170 countries, all while graduating from college with a four-year degree, obtaining a multi-engine commercial aviation license and working full time.

Through out his years of traveling, he has been fortunate to have had many amazing adventures. His canoe was capsized by a hippo in the Zambezi River, he was charged by a silverback gorilla in the Congo Rainforest and when backpacking in Australia, he worked as an extra, where he ended up dying in World War II. 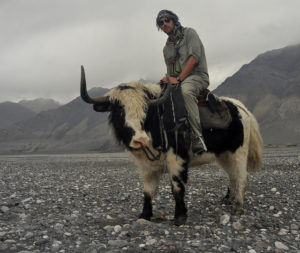 Herding Reindeer with the Nenets with Matt Allison on Thursday, August 27, 2020
Reservations are required.
Reservations close at Midnight on Wednesday before the program.
If you are a member, please log in to purchase dinner at a discounted price.