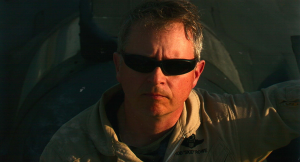 In his distinguished career as a military and civilian test pilot, Rob Rowe has accrued almost 10,000 flight hours and flown over 90 types of aircraft including the legendary U-2 spy plane. After graduating 8th(and the only triple major) in his class from the US Air Force Academy in 1979, Rob attended Princeton University where he earned a masters degree in Mechanical and Aerospace Engineering. Between 1986 and 1989, he flew the U-2 in worldwide reconnaissance out of Beale Air Force Base where, in 1988, he survived a successful “dead-stick” crash landing with the main gear stuck in place.

The following year, Rob graduated from the USAF Test Pilot School and was assigned as operations officer of the (combined) Bomber Test (419th) Squadron at Edwards Air Force Base where he worked on the B-1 and B-52 programs from 1990-2. Since then, Rob has continued to work as a test pilot and flight officer for Lockheed Martin Skunk Works, NASA, and Northrup Grumman where he still maintains a 1stclass FAA physical. He lives in California with his wife and quadruplets, two of whom are currently pursuing their private pilots licenses.

Flying the U-2 Spyplane with Rob “Skid” Rowe on Thursday, July 23, 2020
Reservations are required.
Reservations close at Midnight on Wednesday before the program.
If you are a member, please log in to purchase dinner at a discounted price.