This program was organized by Allan Smith #1069. 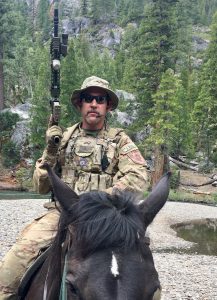 As a 28-year veteran special operations game warden and co-founder and team leader for California Dept of Fish and Wildlife’s Marijuana Enforcement Team (MET) and CDFW’s first sniper unit (Delta Team), Lt. John Nores Jr. (ret.) is familiar with the warning signs of cartel marijuana grow sites throughout America’s pristine public land hiking trails. LT Nores knows what to look for and avoid when hiking both on and off trail systems throughout the US. He has taken down over 500 clandestine trespass marijuana grow operations throughout his career. But, the damage has already been done. John will show site indicators and the decimating impacts to our nation’s waterways, wildlife and wildlands engendered by these operations. 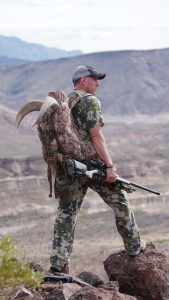 If you’re an avid outdoor adventurer, you should learn to recognize trespass grow site indicators in and around trail systems including camouflaged water diverting irrigation pipe, anti-personnel boobie traps, hidden bags of food, growing and camping supplies, hidden encampments, cartel patron saint shrines, fertilizers, insecticides, rodenticides, and other poisons. Nores will highlight the cartel’s use of EPA banned and deadly poisons called “El Diablo” (The Devil), smuggled illegally into America from Mexico to produce toxically tainted black-market cannabis. Nores covers steps to take when identifying a trespass grow site, getting out of the danger area safely and reporting the finding properly once safely out of the woods. 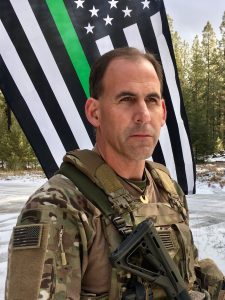 Fighting Illegal Grows on Public Lands with LT John Nores on Thursday, October 13, 2022
Reservations are required.
Reservations close at Midnight on Wednesday before the program.
If you are a member, please log in to purchase dinner at a discounted price.