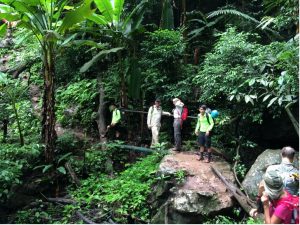 During a nomadic upbringing, Gene Rogers had opportunities to explore several major caves and tunnel systems across America as a spelunker-an amateur cave explorer.     This lifelong interest culminated in 2015 when Gene had an opportunity to join a small expedition team and venture into a newly discovered cave in Vietnam thought to be the largest known natural cave.  Ho Khanh, a Vietnamese jungle logger, stumbled onto the cave opening in 1991 and christened it Hang Son Doong- Cave of the Mountain River.  He lost track of the entrance, deep in the jungle and near the border with Laos, until he succeeded in relocating it in 2009 on an expedition sponsored by the British Cave Research Association and the National Geographic Society.  Gene was able to sign on with an early trek into the cave led by two Britishers who played key roles in the 2009 expedition documented in 2012 by National Geographic.  No signs of earlier occupancy of this remote cave have ever been discovered. 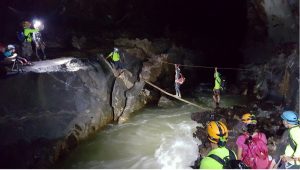 In 2015, a group of ten hikers and a dozen porters gathered at the home of Ho Khanh in the village of Phong Nha, center of a national park containing several spectacular caves.  After shuttling into the jungle and being dropped at a bridge within the former demilitarized zone, they hiked 15 miles- with more than 15 river crossings- through the rainforest and along portions of the actual Ho Chi Minh Trail to reach the cave entrance, near the Laotian border. 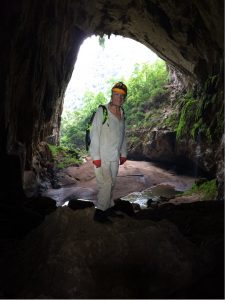 With five days inside the cave, the group employed carabiners and mountaineering equipment to climb more than six miles following the interior river to its upper inlet at a 200-foot precipice known as the Great Wall of Vietnam.  Gene will describe hazards and wonders they encountered, such as 200-foot stalactites inside a cavern large enough to contain a city block of 40-story skyscrapers.  They walked through a separate rainforest in the cave where a massive cavern roof collapsed long ago and gave birth to a lost world with a distinct ecosystem 400 feet below the surrounding jungle floor visible above. 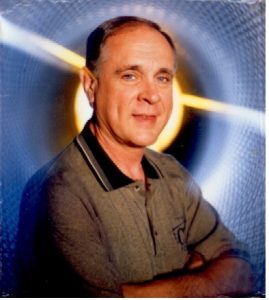 In his day job, Gene is a physicist who has spent over 40 years in the U.S. space industry, primarily at Rockwell and Boeing as Chief Technologist for the Space Shuttle Orbiter.  InfoWorld Magazine listed him among the top 25 CTOs in the world.  For the past four years, he has served as a System Engineer for the newly created United States Space Force, Futures & Innovations Branch, helping to put into place new technologies and capabilities needed for future USSF missions operating in an increasingly contested space environment.  His nomadic lifestyle continues and has carried him to over 30 countries.

Exploring the World’s Largest Cave with Spelunker Gene Rogers on Thursday, April 20, 2023
Reservations are required.
Reservations close at Midnight on Wednesday before the program.
If you are a member, please log in to purchase dinner at a discounted price.