This program was organized by Max Hurlbut member #880. 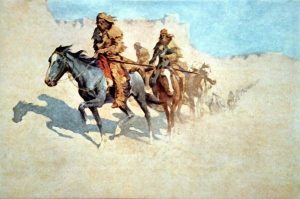 The Mountain Men were the aristocrats of the wilderness, independent, proud, and regal in the manner of barbarians. They wore buckskin hunting shirts, ornamented with leather fringes and colored porcupine quills, and buckskin breeches ornamented at the seams with beads. On their heads went a hat made of animal skins and decorated with the tail of an animal or braided horsehair. A large skinning knife in a sheath hung from their belts and a Hawken rifle rested in the crook of their arms. In this colorful outfit the Mountain Men explored the western half of the United States and parts of Canada and Mexico. Calling no man their master, they crossed and re-crossed international boundaries with lordly disdain. The search for beaver inspired their far-ranging treks but their discoveries and trail blazing far exceeded the commercial importance of beaver pelts. 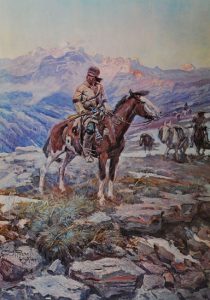 The era of the Mountain Men lasted less than 20 years, from the early 1820s to 1840, the year of the last rendezvous. Yet, during that time these intrepid and ornery men explored every nook and cranny of the Far West and passed the word eastward. As George Ruxton wrote in his 1848 book Adventures in Mexico and the Rocky Mountains:
Not a hole or corner . . . but has been ransacked by these hardy men. From the Mississippi to the mouth of Colorado of the West, from the frozen regions of the North to the Gila of Mexico, the beaverhunter has set his traps in every creek and stream. All this vast country, but for the daring and enterprise of these men, would be even now a terra incognita to geographers. 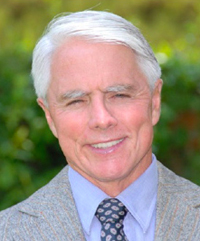 Roger McGrath, Ph.D., has appeared in more than 100 documentaries, including dozens of episodes of such long-running series as The Real West, Biography, Tales of the Gun, Wild West Tech, and Outlaws & Cowboys. He has a passion for history, especially the Old West and military history. For many years he taught courses in both at the university, including 15 years at UCLA where the Panhellenic Council voted him “Outstanding Professor.” He’s the author of Gunfighters, Highwaymen, & Vigilantes and one of the co-authors of several other books. He’s also a veteran of the Marine Corps and the California State Military Reserve, retiring as a lieutenant colonel.

Explorers of the Far West: The Mountain Men with Roger McGrath on Thursday, April 22, 2021
Reservations are required.
Reservations close at Midnight on Wednesday before the program.
If you are a member, please log in to purchase dinner at a discounted price.