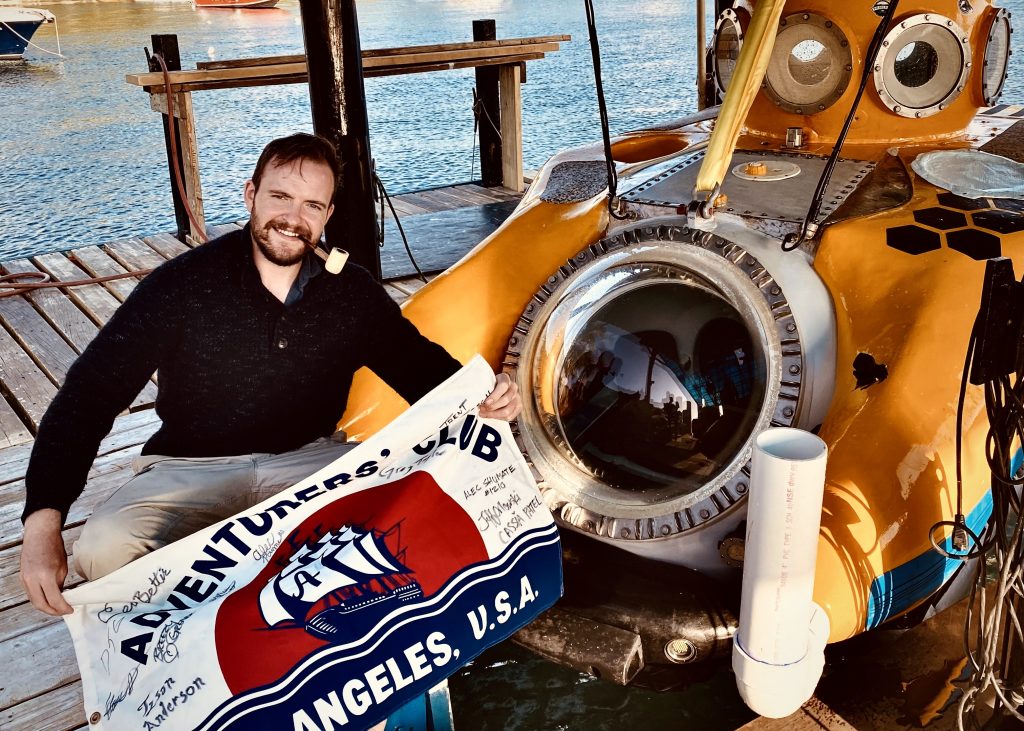 In July of 2021, Alec Shumate #1210 joined a team of Explorers Club divers and researchers conducting a multi-disciplinary expedition along the reefs and deep within the undersea trenches surrounding the island of Roatan in Honduras. 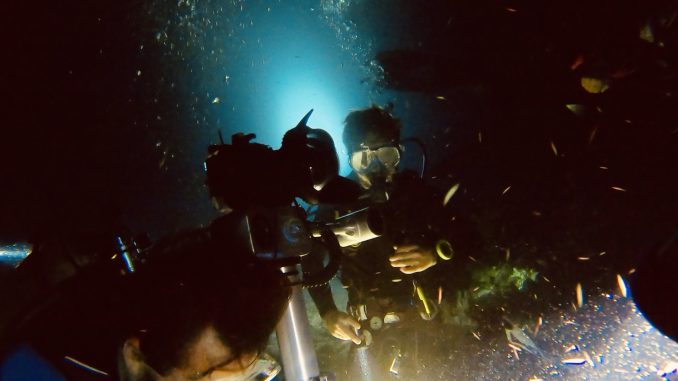 Their objectives were two-fold: First, to conduct microplastic surveys both at depth and through the use of laser reflectometry, requiring teams of divers, working in the dark of night, to operate and reposition a specialized, aquatic laser along the seafloor. (Between wrangling cables and fixing tripods, Alec also managed to create some underwater sketches of his teammates in action).

Secondly, the team would contract the services of a homemade submarine and her inventor/Captain to travel 2,000 feet beneath the waves, beyond the reach of sunlight in search of the elusive sixgill shark.

With horse-leg bait in tow and an equally homemade harpoon, the team was the first in history to tag two of these 18-foot, prehistoric fish at depth with time-release transmitters that have gathered a variety of novel scientific data about the life and behavior of these mysterious creatures.

Alec Shumate #1210 is an illustrator for the film and television industry as well as a civilian Combat Artist for the United States Marine Corps. He is also a member of the Explorers Club and an Advanced Open Water Diver. Since joining the Adventurers’ Club in 2017 he has carried two other Expedition Flags- one while blowgun hunting with the rarely contacted Matis Tribe in the Brazilian Amazon (Flag #123) and another while paddling down the remote tributaries of the Cambodian Mekong (Flag #124). Alec is currently serving on the board of directors. He has been the club’s 1st Vice President as well as two terms as Club President from 2020-21.

Dinosaurs of the Deep: Expedition Flag #127 with Alec Shumate on Thursday, May 26, 2022
Reservations are required.
Reservations close at Midnight on Wednesday before the program.
If you are a member, please log in to purchase dinner at a discounted price.