Craig Caryl undertook his first cross US trip at age 4 which left him with a love of the unknown and the unpredictable life of the extreme traveler gone for weeks or months at a time.  By the time he was 23 he had crossed the US 11 times, ridden his bicycle thousands of miles across several states and countries including Alaska, Canada, Australia, New Zealand and throughout Europe.  He had developed an unquenchable thirst to see the world, meet its people and get to know their culture. 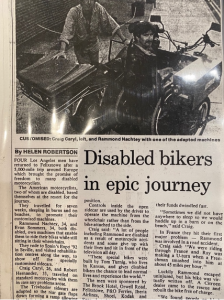 The majority of these trips were self funded which was a feat of intense work and sacrifice.  But in 1991, having recently returned from a harrowing ski trip down the volcanic chain of Chile in the middle of the worst years of the Pinochet regime he read an article in the NYT’s that would change his life forever.  It was about the World’s Fair in Seville and the Olympics in Barcelona being held concurrently in Spain.  He realized that somehow, someway he must get himself to Spain preferably with his newest mode of transportation a very used 1985 Honda Interceptor motorcycle. The only thing standing in his way was no job no savings but he had the most important thing – a burning desire to make it happen. 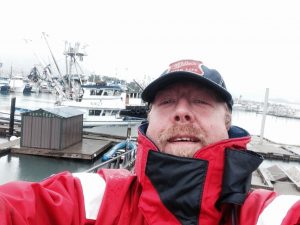 He will explain through a variety of trips over 5 decades of adventuring how he did it and continues to do it to this day including an upcoming summer 2022 trip to Alaska.

Creatively Financing Adventure: How the State Dept. Helped Fund A Motorcycle Trip to Spain with Craig Caryl on Thursday, May 12, 2022
Reservations are required.
Reservations close at Midnight on Wednesday before the program.
If you are a member, please log in to purchase dinner at a discounted price.