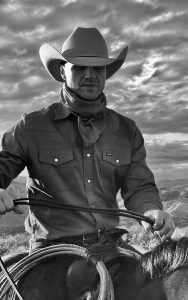 Charles Bisset grew up off-grid in the Valhalla mountains of British Columbia, Canada for the first 17 years of his life. His father was raised on a dude ranch which inspired him to raise his family off grid. Both of his parents were opera teachers and his mother homeschooled both Charles and his sister.  He started Thai boxing when he was 11 years old because he wanted to get into involved in sports and the boxing gym was the only thing available in that area.  He had his first fight when he was 15 years old in a nightclub and by the time he was 16 he was the number 4 amateur in Canada. 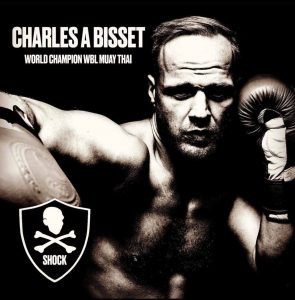 At 17 he decided to move away and pursue his dream of being a professional cowboy on big ranches. He cowboyed in four different provinces in Canada, including the famous half a million acre Douglas Lake Ranch Cattle Company and then moved to California to continue cowboying at Fort Baker Ranch. He fulfilled his dream of being a cowboy for 6 years and then decided to continue fighting and pursue acting. Since then he has gone on to win the CMTA National Title, NAMTF North American Title, Thilands Suwit Sadium Title, WKA World Title, United States WBC title, 2x IKKC International Champion, Titans of Muay Thai Champion and WBL World Champion. Charles is also an accomplished actor and has appeared in 10 national commercials, a few indie films, and even had a role alongside Kris Kristofferson. 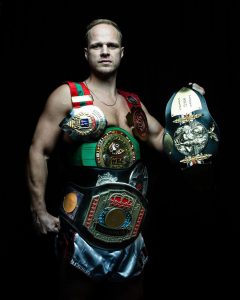 Champion Kickboxing and Cowboying with Charles Bisset on Thursday, March 10, 2022
Reservations are required.
Reservations close at Midnight on Wednesday before the program.
If you are a member, please log in to purchase dinner at a discounted price.