This program was organized by Chuck Jonkey #1026. 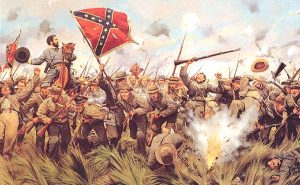 A little Civil War battle whose ripples roll through time to be with us in many instances today. Ball’s Bluff was a relatively minor engagement compared with later battles, but the participants in the battle of Ball’s Bluff provide us an interesting insight into history. For a battle that most have not heard of, you will find the connections of many people and things that are with us today to be surprising. 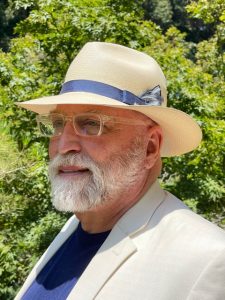 Michael L. Oddenino is a practicing lawyer in the Los Angeles area and Program Chair of the Pasadena Civil War Roundtable. He grew up in Virginia surrounded by Revolutionary War and Civil War history. After majoring in history as an undergraduate Michael continued his studies and received his J.D. from the University of Virginia School of Law. He has been a practicing lawyer since 1978 while maintaining his primary affection for history.

Ball’s Bluff with Michael Oddenino on Thursday, August 12, 2021
Reservations are required.
Reservations close at Midnight on Wednesday before the program.
If you are a member, please log in to purchase dinner at a discounted price.