This program was organized by Rich Mayfield .
Make a Reservation 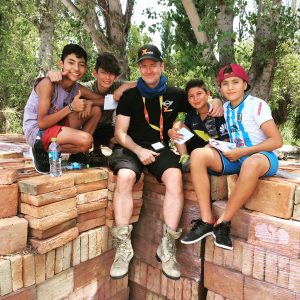 When Brian’s father joined the Marine Corps—whose tribal mythology rivals those of the world’s great religions—Brian was all in, a true believer. He didn’t just want to be like his father, he wanted to be his father—the American hero myth made of flesh and bone. Brian became a Marine. But after his father’s textbook awful death from Agent Orange-related prostate cancer—all that time smoking Camels in the 100-degree shade of his F-4 Phantom jet watching the Vietnamese jungle defoliate around him—Brian became a writer. 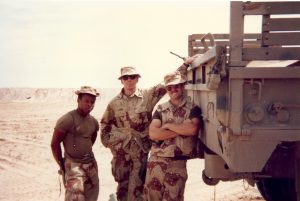 It was then Brian started asking: What did it all mean? Sure, all cultures have hero myths—mortals feel elevated by mere proximity to magic—but the American hero myth is unique, as if Hollywood remade the Homeric ideal, laced it with Wall Street capitalism and Biblical certainty, making sure it plays to the cheap seats as well. Now, having officially outlived his father, and with a son of his own, Brian asks: What is he passing on to him? What will his son’s version of the American hero myth or masculinity be, as seen through the lens of Brian?

Brian O’Hare is a graduate of the US Naval Academy, former Marine Corps officer and Persian Gulf War veteran. His storytelling career began in a Baltimore bar, where legendary director John Waters cast him as a convict in Cry Baby. Currently, he’s an award-winning writer and filmmaker living in Los Angeles. His work has appeared in War, Literature and the Arts; Hobart, Electric Literature and others, and has been nominated for two Pushcart Prizes. Most recently, National Book Award winner Phil Klay awarded Brian Syracuse University Press’ 2021 Veterans Writing Award for Surrender—his book of short stories published by Syracuse University Press. He was named a Writing Fellow at the Virginia Center for the Creative Arts and served as Visiting Writer at CUNY/Kingsborough in Brooklyn. He’s currently producing Rizoo about a young girl deciding whether to wear the hijab for a class picture, as well as Cannon Shot, a feature documentary on the world’s largest croquet match between the US Naval Academy and across the street neighbor, St. John’s College.

Author Brian O’Hare reads from Surrender—his 2021 Award Winning Book of Veteran’s Short Stories on Thursday, February 9, 2023
Reservations are required.
Reservations close at Midnight on Wednesday before the program.
If you are a member, please log in to purchase dinner at a discounted price.