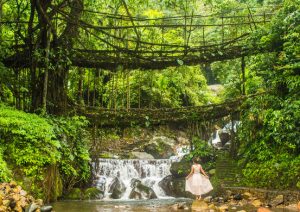 Dylan Thuras of Atlas Obscura will highlight how to uncover remarkable “hidden gems” — the obscure experiences or locations that every destination possesses. Atlas Obscura has built a huge following showcasing the different, the forgotten and quirky. From spots like the 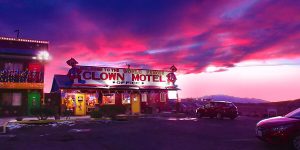 Clown Motel in Tonopah, Nevada, to the centuries-old Root Bridges of Cherrapunji, India. Dylan will talk about how travelers can look for their own hidden gems by finding new ways to engage with both the places they travel and their own backyards. 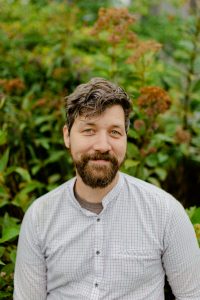 DYLAN THURAS is the cofounder and creative director of Atlas Obscura, and co-author of the #1 New York Times bestseller Atlas Obscura: An Explorer’s Guide to the World’s Hidden Wonders and New York Times bestselling kids book “An Explorer’s Guide for the World’s Most Adventurous Kid.” Dylan has been a correspondent for NPR’s All Things Considered, and host of the NYTimes T-Brand podcast “So You Want to Work Abroad”, as a guest on CBS Sunday Morning, Science Friday and in print in the New York Times, New Yorker, and Men’s Health. As a speaker on travel and media he has spoken at the New Yorker festival, SXSW, La Ciudad de las Ideas, EG, and Destinations International among others.

Dylan’s pursuit of the unusual began as a teenager exploring abandoned buildings in the Midwest and eventually took him to Budapest for a year, where he and his wife Michelle Enemark explored and wrote about Eastern Europe’s forgotten histories. He lives with his wife Michelle and their two children, Phineas and Jean, in the Hudson Valley. Visit him online at @dylanthuras.

Atlas Obscura with Dylan Thuras on Thursday, February 25, 2021
Reservations are required.
Reservations close at Midnight on Wednesday before the program.
If you are a member, please log in to purchase dinner at a discounted price.