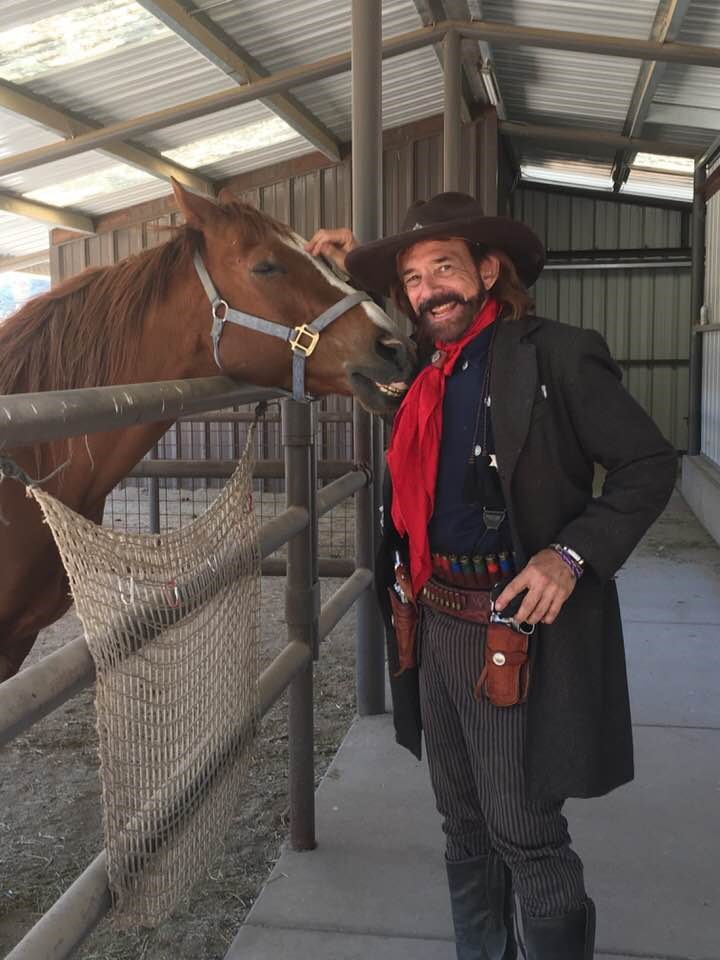 Mark, aka Frederick Jackson Turner, will discuss the unique challenges, as well as the practical and recreational value of Cowboy Action Shooting, which is, substantially, 3-Gun competition, but wearing clothing and using firearms that would be at home in the Old West. He will also discuss Wild Bunch Action Shooting, which employs J.M. Browning’s greatest creation, the 1911 semi-automatic pistol, as well as a large bore rifle, and 1912 period correct pump action shotgun.

Warning; once you try it, you will be hooked… 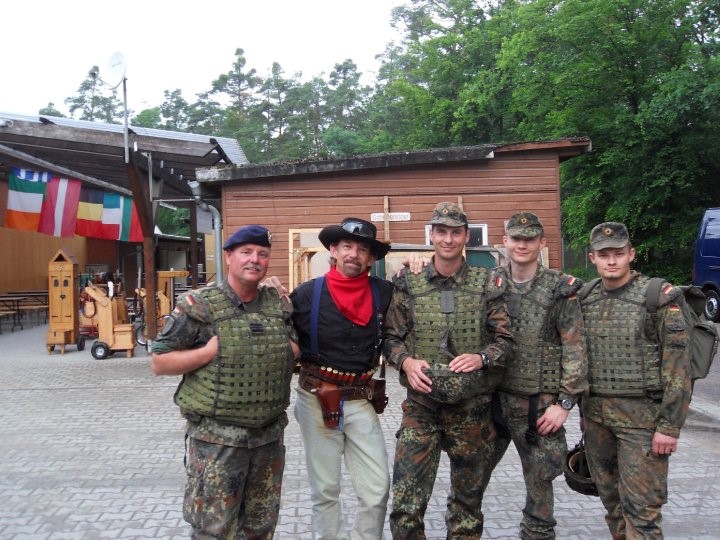 Mark “The Professor” Romano is currently the co-host of the KABC Los Angeles weekly radio program, “The Gunslinger Hour,” and the YouTube program, “Epic Guns.” He has been the official instructor for S.A.S.S., the Single Action Shooting Society, the German Shooting Sports Federation, and the European Cowboy Championships. Taking his cowboy alias from the seminal American writer, Frederick Jackson Turner is a State, National, and World cowboy action shooting champion.

He is currently the Arizona State Wild Bunch Senior Champion, The California State Wild Bunch Champion, as well as the current California , and Four Corners Regional Silver Senior Champion. He runs the pro shop and is the head instructor at American Gun Works, in Glendale, California. He is a solo cowboy performer and is the guitarist for the Celtic band, “The Ploughboys.” He also rides motorcycles, enjoys offshore sailing, and is a pirate.

An insight into Cowboy Action and Wild Bunch Action Shooting with Mark Romano on Thursday, June 24, 2021
Reservations are required.
Reservations close at Midnight on Wednesday before the program.
If you are a member, please log in to purchase dinner at a discounted price.