This program was organized by Matt Nadu, Member #1204. 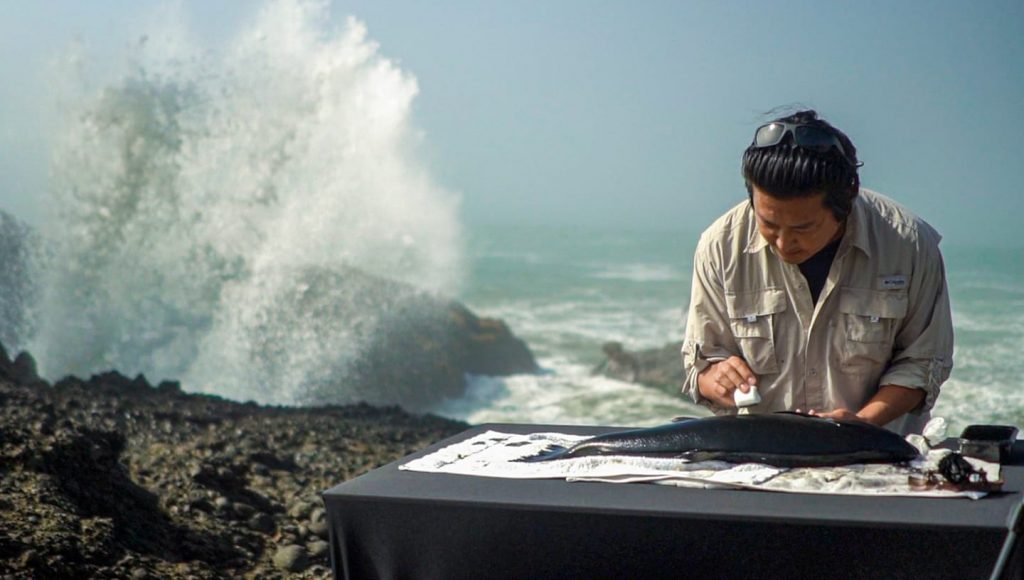 For 20+ years, Dwight Hwang worked as a storyboard artist for both animation and live-action. The majority of his time was spent drawing the director’s vision from within an office or next to them on set. That all changed when someone took notice of his Japanese style fish printing, Gyotaku, that he did as a hobby.

One thing led to another and Dwight was suddenly swept away on adventures that he would never have experienced let alone thought of if he wasn’t open to ending one career for another. But most importantly, he gets to share this journey with his family- something he would not trade for anything.

Dwight Hwang creates classical gyotaku art restricting himself to the traditional materials but working tirelessly to push not only the art but himself to bring awe, memories and quiet contemplation to viewers worldwide. Partnered with institutions like NOAA and Patagonia, his work has been exhibited in museums, displayed in hospitality such as the Four Seasons, and showcased in publications including Forbes!

An Artist’s Adventures in Gyotaku with Dwight Hwang on Thursday, December 10, 2020
Reservations are required.
Reservations close at Midnight on Wednesday before the program.
If you are a member, please log in to purchase dinner at a discounted price.