This program was organized by Lance Miller .
Make a Reservation 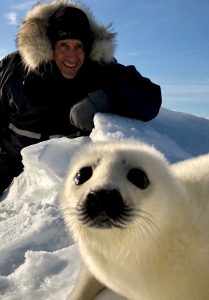 Adam Ravetch – Is a Polar Cinematographer/Filmmaker for over three decades, and constantly in pursuit of one-of-a-kind cinematic challenges.  He is an Emmy Award winning wildlife cinematographer who has journeyed north, and south, and became one of a handful of filmmakers to shoot beneath the Polar ice caps and document a series of “firsts,” revealing behavior of animals lives we have never seen before.  He regularly does this for National Geographic, BBC’s Landmark series Planet Earth, Frozen Planet, Sharks, two Arctic Imax films, a feature length documentary arctic film for Paramount Pictures, and a 3D polar bear film for Universal Pictures to name a few.

Adam will share his series of animal behavioral firsts: 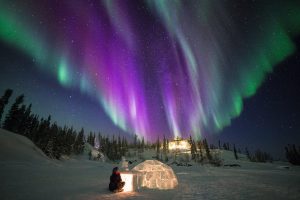 Adam Ravetch: Emmy Award Winning Underwater Cinematographer, Filmmaker & Rolex/Explorer’s Club Lowell Thomas Award Winner for Exploration.  Adam grew up in Los Angeles and hails from a distinguished lineage of motion picture screenwriters. His aunt & uncle wrote “The Cowboys,” starring John Wayne, and after attending the premiere, he knew he wanted to live a life outside among the stars. Inspired by his predecessors’ narrative tradition but setting his own path, Adam pursued the real world, but never expected his muse to be found beneath the Arctic ice.

An Arctic Journey told by Adam Ravetch on Thursday, March 16, 2023
Reservations are required.
Reservations close at Midnight on Wednesday before the program.
If you are a member, please log in to purchase dinner at a discounted price.