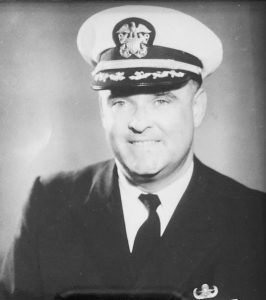 “It has been said that working for the federal government at the highest levels has
become akin to that of marrying King Henry VIII – it’s great to be asked, but there’s
always that likelihood, that eventually, your head will roll.”

For nearly 30 years, Kathryn Linehan has been trying to unravel the mystery of her father’s
brutal death. Officially categorized as “untimely” and described as “self-induced” Kathryn knew after she viewed him as he lay in a coma that it was virtually impossible to inflict such horrific head injuries on oneself. 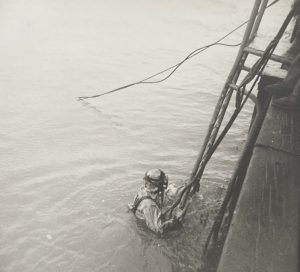 For the first time, Kathryn will share the extraordinary journey that her father took from his origins as a Navy hard-hat diver, Explosive Ordnance Disposal specialist and JAG Corps member, to becoming a highly-respected federal judge. Described as a “giant and prince among men” she will explain the corruption that may have led to his murder.

Brought alive with vivid photos and film clips from the period, this story is highly relevant today as we learn about powers that the executive branch has tried to usurp from the judicial branch.

David Chase Linehan
David was a graduate of Amherst College and University of Virginia, School of Law, becoming a member of the New York and California Bars. He retired from the U. S. Navy as a Commander (O-5) before being appointed by Gerald Ford to serve as an Administrative Law Judge. In 1993, the American Bar Association commended David for his role in being a whistleblower. 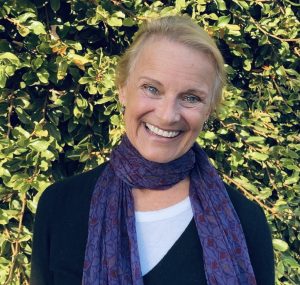 Kathryn Linehan
The spirit of adventure and philanthropy has been woven through Kathryn Linehan’s career,
beginning with her role as Vice President at Wells Fargo Investment Advisors and Mellon Bank where she was the lead for entertainment industry clientele. Sparked by her dad’s spirit of adventure, Kathryn began producing documentaries. The short film, Children of Afghanistan, was showcased at Sundance in 2001 and brought awareness about life in war-ravaged Afghanistan under the Taliban’s rule.

In 2002, Kathryn founded Malibu-based Studio Ignite to develop wellness programs that
optimize health and longevity. She later became a professor of sports medicine at Pepperdine
University for more than a decade. Her recent book, Pearl Diving: Lessons Learned While
Coming Up for Air, are reflections interwoven with Scripture about her experiences as an open water swimmer and our interdependence with the life of the sea.

Kathryn Linehan about Her Father David Chase Linehan – Member #977 of the Adventurers’ Club on Thursday, May 5, 2022
Reservations are required.
Reservations close at Midnight on Wednesday before the program.
If you are a member, please log in to purchase dinner at a discounted price.