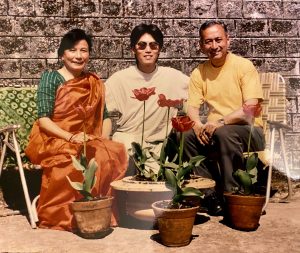 Kevin Lee is a prolific traveler. Working a corporate job in Seoul, he resigned and embarked on an open-ended three year solo adventure around the world. Along the way he met some interesting people and experienced some unique adventures.

Kevin’s adventure gene has taken him to over forty countries as well as multiple treks to Mt. Everest Base Camp and Mt. Kilimanjaro, Africa’s highest summit. During his fourteen months backpacking in India, he recalls a warm hug from Mother Teresa and meeting the Dalai Lama as some of his fondest memories. After learning to scuba dive, in 2002, Kevin embraced underwater photography as a way of sharing the ocean’s wonders with non-divers. He supports marine biologists by collecting and photographing rare animals, many of which are new to science.  Some of his award winning images are on permanent display at the Leatherby Libraries at Chapman University in Orange, California. Other works have been exhibited at the Branford House, the University of Connecticut, Scripps Institution of Oceanography, the Monterrey Bay Aquarium, and the Aquarium of the Pacific. 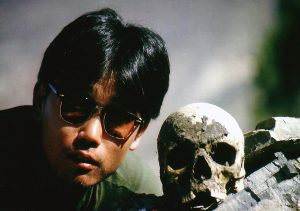 Kevin Lee may be best known for his adventures and marine photography. He has SCUBA dived all seven continents in his pursuit of Nudibranch. Along his photography quest, he even has a species of Nudibranch named after him, the Placida kevinleei. He is active in the Orange County Underwater Photographic Society (OCUPS) and Los Angeles Underwater Photographic Society (LAUPS). The Adventurers Club of Los Angeles inducted Kevin as a member in 2012 and he has served on the board of directors for a number of years. In 2017, Kevin was accepted as a member of The Explorers Club.

You can view some of Kevin’s Amazing Photography on his website- https://www.diverkevin.com/

A 3 Year Trek Around the World with Kevin Lee on Thursday, June 11, 2020
Reservations are required.
Reservations close at Midnight on Wednesday before the program.
If you are a member, please log in to purchase dinner at a discounted price.