This program was organized by Andrew McGregor.
Make a Reservation 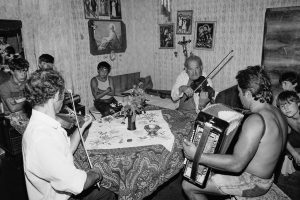 Yale Strom comes to the club to speak about his travels and ethnographic research he conducted in Eastern Europe that began in 1981 and continues today. Strom‘s initial reason for his trek to the former East Bloc was to find unknown klezmer melodies that was to help form the backbone of his new klezmer band’s (Hot Pstromi) repertoire. Strom met with many Holocaust survivors their children and the Roma. Before WW II many Romani musicians played in Jewish bands and spoke fluent Yiddish while there were Jewish musicians who played in Romani bands and spoke fluent Romani. During the East Bloc era Strom was hassled often on the borders by the police when he traveled by train which was usually at night time. The border police were always curious why he was traveling with his violin, cameras and so much film? He was able to usually bribe his way out of a sticky situation but one time on the Polish/Czechoslovak border he along with his partner Brian Blue (fellow photographer) were escorted by armed Czech police off the train. After not cooperating with the police in terms of telling who, what and why they had taken so many photographs they were summarily put into the jail cell for about 10 hrs. While sitting in the cell Strom and Blue entertained the guards (young men who had been conscripted for military duty and hated their jobs) with American pop music, Yiddish songs and klezmer. People often asked Strom how did you communicate with the Jewish and other informants, he answered: “Yiddish was the language of our minds while the violin spoke the language of our hearts.” 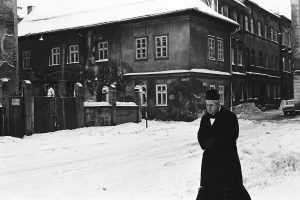 Yale Strom is also one of the world’s leading ethnographer-artists of klezmer and Roma music and history. He has conducted extensive ethnographic research throughout Eastern Europe and
the Balkans since 1981. He has made nine documentary films, written fourteen books, has had numerous photo-exhibitions throughout the world and with his band Yale Strom & Hot Pstromi has made fifteen recordings. They run the gamut from traditional klezmer to “Jewish jazz”. His band is on the ARC-UK label. Strom has also composed for theatre, film, radio, television,
symphony orchestras and various artists such as Rachel Barton Pine, Sara Caswell, Salman
Ahmad and many others.  His latest documentary film is “American Socialist: The Life and
Times of Eugene Victor Debs” newest music recording is Yale Strom’s Broken Consort:
Shimmering Lights, his latest audio drama (audible.com) is “Debs in Canton” and his newest
book is “Shloyml Boyml and His Purim Adventure” which takes place in Bessarabia. He is
currently professor in the Music Dept.at San Diego State University. Prior to this Strom taught at
New York University. www.yalestrom.com 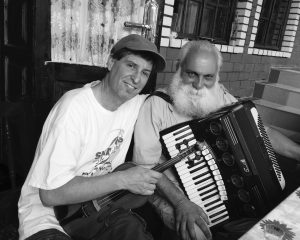 A Wandering Feast: Adventures in Eastern Europe on Thursday, November 10, 2022
Reservations are required.
Reservations close at Midnight on Wednesday before the program.
If you are a member, please log in to purchase dinner at a discounted price.