This program was organized by Chuck Jonky.
Make a Reservation 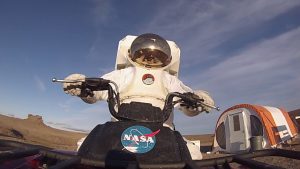 In the summer of 2022, eight souls departed the United States for what would be a 4-day series of flights to the Canadian Arctic. Their goal was to be the first team to visit the Haughton-Mars Project base on Devon Island, north of the Arctic Circle, since 2019. While the extreme weather and wandering polar bears had not been kind to the station, Pyle, expedition leader Dr. Pascal Lee, and the rest of the team were soon up and running. In their four weeks at the base, they conducted radio astronomy research, rescued a stranded all-terrain vehicle, traversed unexplored territory, tested techniques for surveying Martian geological targets from the air, tested space suit components, and spent a lot of time waiting for fog to lift–polar bears, an ever-present threat (and hungrier than ever due to climate change) are invisible in dense fog. Join us for “A Month on Mars.” 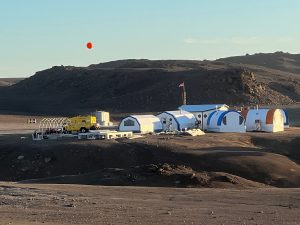 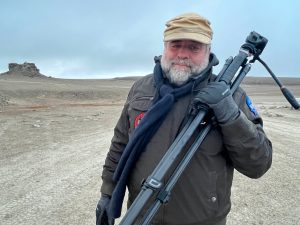 Rod Pyle is an author, journalist, television producer, and Editor-in-Chief of Ad Astra magazine. He has written 20 nonfiction books on space history, exploration, and development, as well as 20th-century history. Titles include Space 2.0, Innovation the NASA Way, Blueprint for a Battlestar, Amazing Stories of the Space Age, First On the Moon, and Destination Mars. Two other books, Destination Moon and First on the Moon were bestsellers. His most recent book is Technology Highlights for NASA’s Jet Propulsion Laboratory, which he writes annually. He has written extensively for JPL, Caltech, WIRED, Popular Science, Space.com, LiveScience, and also essays for the World Economic Forum and the Library of Congress. Pyle hosts the This Week in Space podcast on the TWiT network and is a frequent guest on radio and TV. He has produced, directed, and written for The History Channel and Discovery Networks, as well as working in visual effects on Star Trek: DS9 and Battlestar Galactica, and recently acted as a consulting producer for National Geographic TV and Disney+ for the feature projects Apollo 11 and The Real Right Stuff.

Pyle previously worked on visual effects for Star Trek: Deep Space Nine and the Battlestar Galactica reboot, as well as various sci-fi TV pilots. He is the host of the This Week in Space podcast and is a frequent guest on national radio and television on space-related topics. Recent television appearances include William Shatner’s Unexplained for the History Channel and Secrets of the Solar System for Freemantle/Curiosity Stream. 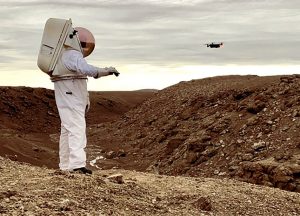 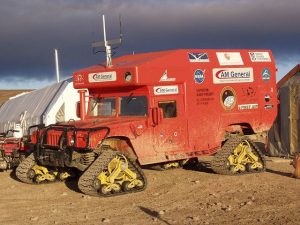 A Month on Mars by Rod Pyle, author, journalist, and Editor-in-Chief of National Space Society’s Ad Astrs Magazine on Thursday, May 11, 2023
Reservations are required.
Reservations close at Midnight on Wednesday before the program.
If you are a member, please log in to purchase dinner at a discounted price.