This program was organized by Vince Weatherby, Member #1060.

The Mutual UFO Network is a US-based non-profit organization composed of civilian volunteers who study alleged UFO sightings. It is one of the oldest and largest organizations of its kind, claiming more than 4,000 members worldwide with chapters and representatives in more than 43 countries and all 50 states. MUFON recently celebrated it’s 50th Anniversary.

The goals of MUFON are as follows:

Jan recently retired from IBM after 37 years in the Information Technology business. Jan’s interest in UFOs began at the age of 8 when he read an article on Donald Keyhoe and NICAP in Argosy magazine. Based on this and other research he and his brother did over the next two years, they made the decision to build a flying saucer believing that electromagnetic propulsion was the key to how these craft were able to travel such great distances. While in the process of doing this, they were visited by a real UFO, no more than thirty feet from them, with no visible means of propulsion other than making a humming noise, before shooting off over the horizon. This event profoundly changed their lives. As a result of this experience, Jan pursued finding the answer to the technology these craft display believing that a breakthrough would revolutionize transportation and energy on our planet. As part of his drive to find the answer, Jan attended UCLA School of Engineering and received his B.S. in Nuclear Engineering. After college, he was hired by IBM, thinking that only a company of IBM’s stature and funding in basic research could solve this problem. 37 years later, Jan is still looking for the answer to how all this works. As a member of the MUFON Business Board Jan has been instrumental in leading MUFON’s Strategic Planning, as well as creating the Case Management System (CMS) used for UFO reporting, tracking, and investigative follow-up. Jan currently resides in Newport Beach, California, with his wife, Annette, and their two children. Jan was named Executive Director of MUFON on August 1, 2013 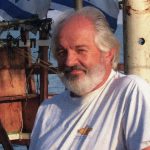 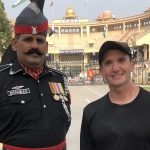