This program was organized by Andrew Medina, Member #1212.
“I was raised by nuns and Nazis!” he said.
Somebody had to tell this story!
“Steven Spielberg wanted to make a film about me, but my family wouldn’t let him do it…”
“Why not?” I asked.
“Because they thought it would go to my head like it did when I became Frank Sinatra’s tailor.” 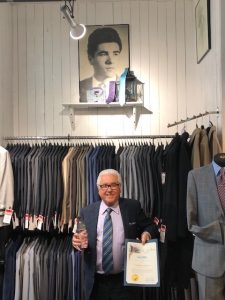 So began Mark A. Thompson’s conversation with Umberto Autore, the iconic Italian tailor in business for 60 years in Long Beach, California. After many years of  interviews and research, his inspirational story of survival and success has been told in Thompson’s newly-published biographical novel—Sinatra’s Tailor: An Italian Immigrant’s Story.  Mark Thompson (Member #1205) will recount the unlikely sequence of events that led to the writing of Sinatra’s Tailor, including his own personal connection with Frank Sinatra and his friends.   Following the presentation, Thompson and Autore will answer questions, and members and guests will be able to purchase signed copies of the book. 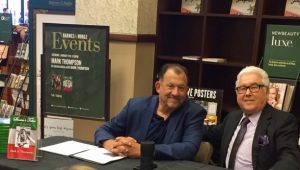 Sinatra’s Tailor is the remarkable coming-of-age story of Umberto Autore, set in Italy during WWII.  Orphaned at the age of four, Umberto’s grandfather who can no longer care for Umberto deposits him in an orphanage run by nuns in the coastal town of Gaeta. As the Allies invade Italy, the 94th division of the German army, fearing that the enemy will attack at the Gulf of Gaeta, barrack their soldiers in the orphanage, thus leading to a quip that Umberto was “raised by nuns and Nazis.”  Umberto survives everything from being shot by a German soldier to beatings on the soles of his feet by the nuns. After a series of misadventures and unexpected revelations Umberto receives his training as a tailor and immigrates to the U.S. He eventually becomes the tailor to Frank Sinatra, the Rat Pack, as well as Steven Spielberg and many other Hollywood luminaries and current California sports figures. 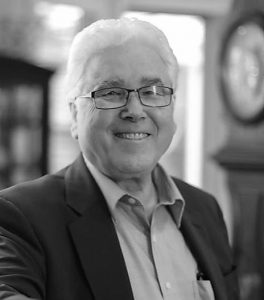 In a recent review in the Italian-American magazine, the most widely read magazine in the U.S. for people of Italian heritage, Miles Ryan Fisher, Editor-in-Chief wrote:
“While World War II stories are naturally captivating, what separates this one from others in the spirited writing— Umberto’s playful personality radiating thanks to author Mark Thompson’s deft style.  The likability of the title character and the quick pace of the story will make you look forward to every page.  By the end of it, you’ll be hoping for a sequel. 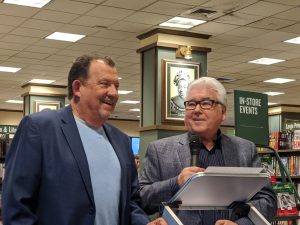 Sinatra’s Tailor, An Italian Immigrant’s Story is available for purchase at Barnes & Nobleand in paperback and Kindleeditions at Amazon, or directly from the publisher, Aakenbaaken & Kent. 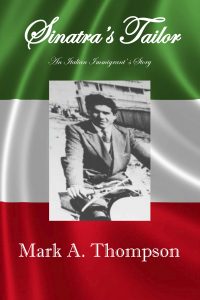 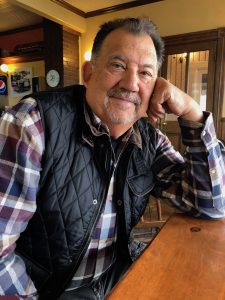