This program was organized by Andrew McGregor #1188.
Make a Reservation

Richelle Gribble is an expeditionary artist exploring planetary connectivity, both on and off Earth. Her work explores connectivity in a world where human impact, technology, and the environment collide.  She has had solo shows in Los Angeles, New York, Japan, and international orbit around Earth etched on satellites and aboard rockets. Recent artworks scheduled to launch to the Moon in 2022. Works exhibited worldwide including the Museum of Contemporary Art Tokyo, Museum of Design Atlanta, the United Nations, and the National Air and Space Museum of the Smithsonian Institution. 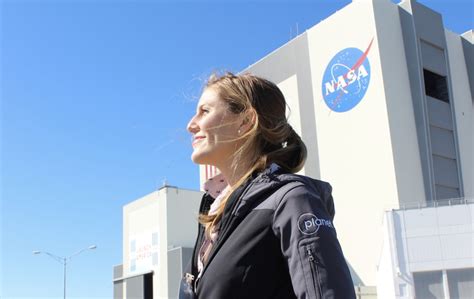 Gribble has completed 18 art residencies as part of her project The Nomadic Artist, where she travels the world to reflect social and environmental changes across the globe. This multi-year artistic voyage leads her to make art in unassuming yet far-reaching places: atop glaciers near the North Pole, in a traditional Japanese paper mill in rural Japan, underwater and within the Amazon jungle, contained in the Biosphere 2 in Arizona, and inside a Habitat on an Analog Mars Mission with NASA Goddard. Awarded residencies include The Arctic Circle Residency, Vermont Studio Center, Awagami Factory, Kala Fellowship, and many more. 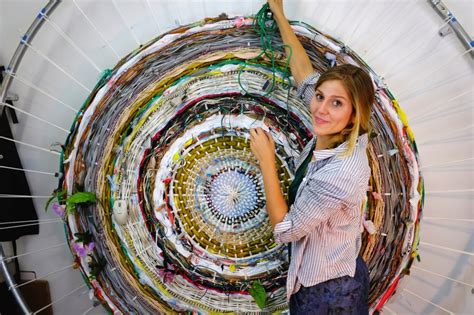 Richelle is an Analog Astronaut and Head of Creative Research for analog space missions on the Moon and Mars via Hawai’i Space Exploration Analog and Simulation (HI-SEAS), Sensoria Program, and Lunares Research Station. She is the Founding Director of SUPERCOLLIDER, an art + sci + tech exhibition platform offering physical and virtual curations globally. Gribble is the Co-Founder and Director of Space Programs for Beyond Earth, an all-female artist collective exploring intersections between art, biology, and space.

Becoming an Astronaut Artist with Richelle Gribble on Thursday, June 9, 2022
Reservations are required.
Reservations close at Midnight on Wednesday before the program.
If you are a member, please log in to purchase dinner at a discounted price.