Dinner will be prepared by the Bowers’ own Tangata Restaurant; we now have a combo of filet mignon and seabass, on every plate, unless the guest requests a vegetarian plate. (all with sides), desert and coffee. Wine is available for purchase.

NOHA 2019 will be held on 6:00 pm, Saturday, November 2, 2019, at Bowers Museum, in the elegant John M. Lee Court, where members and guests will be surrounded by artifacts from the South Pacific.

There is a no-host bar for a cocktail reception beginning at 6:00, with silent auction tables set up around the room. Dinner will be prepared by the Bowers’ own Tangata Restaurant; there is a choice of steak, salmon, ravioli (all with sides), desert and coffee. Wine is available for purchase.

Included in the dinner price is admission to the exhibit, “Art of the Pacific.” Guests can come early and enjoy exhibit. The exhibit includes items from the cultural regions of Micronesia, Melanesia, and Polynesia. Particular focus is placed on New Guinea and the rich artistic traditions infused into daily and ritual life.
Silent auction items include three safari trips to Africa, which last year sold for less than half price.

NOHA events usually sell out; attendance will be limited to 200 attendees. The last day to purchase tickets will be approximately October 29, 2019.

Our MC for the evening will be the fabulous Larry “Pat Sajak” Schutte, Member #1121.

In 1789, the British explorer Alexander Mackenzie traveled 1200 miles on an immense river in Canada that now bears his name. Mackenzie was in search of the fabled Northwest Passage that had eluded mariners for hundreds of years. In 2016, the acclaimed memoirist Brian Castner retraced Mackenzie’s route by canoe in a grueling journey and discovered the Passage that Mackenzie could not find.

In his book, “Disappointment River,” Brian Castner relates his canoe adventure, retracing Mackenzie’s route, battling exhaustion, exposure, mosquitoes, white water rapids and the threat of bears. He will take us into a world rarely glimpsed in the media, of thawing permafrost, remote indigenous villages and, at the end, a wide open Arctic Ocean.

Brian Castner’s previous book is entitled “The Long Walk.” It is based on his two tours of duty in Iraq as the head of an Explosive Ordnance Disposal unit. Whenever IEDs were discovered, he and his men would lead the way in either disarming the deadly devices or searching through rubble for clues to the bomb-makers’ identities. And when robots and other remote means failed, one technician would suit up and take the Long Walk to disarm the bomb by hand.
“The Long Walk” has been adapted into an opera which has been performed by opera companies in New York, Utah, and Pennsylvania.

Castner is also the author of the book, “All The Ways We Kill And Die: An Elegy For A Fallen Comrade.” This book related his personal investigation into the bomb maker known as the “Engineer,” whose bomb killed one of Castner’s comrades. Brian Castner’s writings have also appeared in The New York Times, The Wall Street Journal,,Newsweek, Foreign Policy, Publisher’s Weekly, The Daily Beast and Wired.

Mehgan Heaney-Grier is a lifelong ocean adventurer with more than 20 years’ experience working both above and below the waterline. She is an accomplished athlete, professional speaker, marine educator, conservationist, expedition leader, stunt diver and television personality.

In 1996, Heaney-Grier pioneered the sport of freediving in the United States by establishing the first U.S. freedive record for both men and women, in the constant weight category. This outstanding contribution to the world of diving earned her a place as one of the original inductees to the Women Divers Hall of Fame.

Throughout her eclectic water-based career, Heaney-Grier has performed underwater stunts for Hollywood films such as: Pirates of the Caribbean and Into the Blue; and has been featured in numerous television shows and publications worldwide such as: Life, People and Outside Magazine. Recruited by Discovery Channel, Heaney-Grier was part of an elite team of explorers and starred in their original series, Treasure Quest: Snake Island.

Heaney-Grier has been guest and keynote speaker at Universities and Colleges, trade shows, conventions and non-profit venues like The Explorers Club in New York. An established micro-influencer on social media, Heaney-Grier was named by Huffington Post as one of “28 Badass Women you should be Following on Instagram,” and has been showcased in Instagram’s Los Angeles gallery exhibit of, “Top Game-Changing & Inspiring Women”.  Heaney-Grier holds a degree in Ecology and Evolutionary Biology, and Anthropology. She’s also a mom, a mentor and strong female figure and positive role model for young people around the world.

As an ocean advocate, adventurer and storyteller across multiple media platforms, Heaney-Grier is dedicated to raising awareness and empowering the next generation of ocean stewards to engage and tackle the critical issues facing our oceans today. 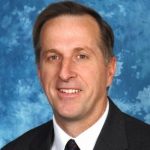